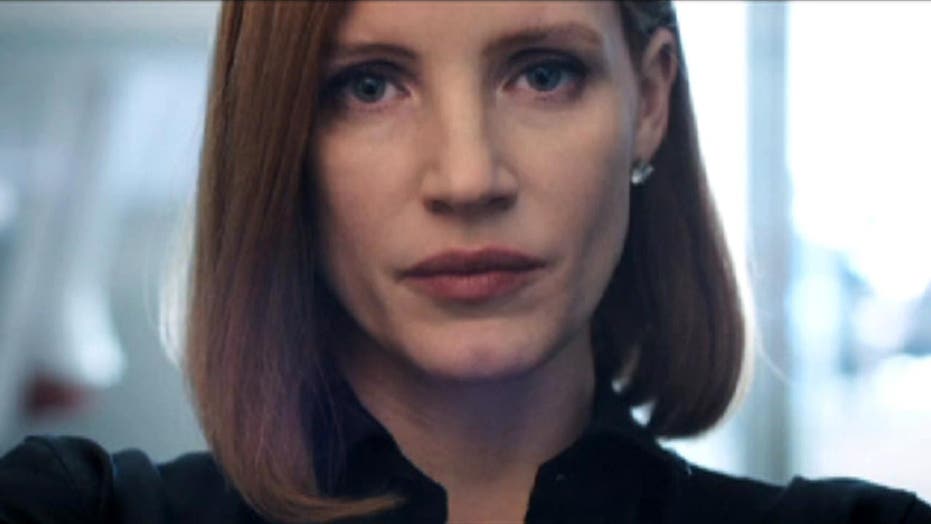 Jessica Chastain returns to the big screen in new thriller

Movie goers weren’t too interested in “Miss Sloane,” a film that explores the gun control debate from the perspective of a lawyer who is lobbying for universal background checks for gun ownership. Still, the film’s leading lady, Jessica Chastain, landed a Best Actress Golden Globe nomination for the poorly received flick.

The film, which premiered in select cities on Thanksgiving, hit more theaters this past weekend, and it fizzled in its wide expansion, earning $1.9 million from 1,648 locations.

According to Deadline, “Miss Sloane” cost $13 million to produce. It currently has a score of 69 percent on review aggregator Rotten Tomatoes.

The movie was projected to earn a paltry $5 million at the box office, according to the Los Angeles Times, but so far it’s fallen short.

In the film, Elizabeth, played by Chastain, leaves her top firm for the opposition when a powerful gun group asks her to devise messaging to turn women against background checks for gun ownership. Chastain is portrayed fighting for the underdogs, using everything at her disposal to try to ensure that the background check bill passes.

The role earned the actress a Golden Globe nomination on Monday morning. Since 2012, Chastain has been nominated for four Golden Globes and won once, in 2013, for "Zero Dark Thirty."