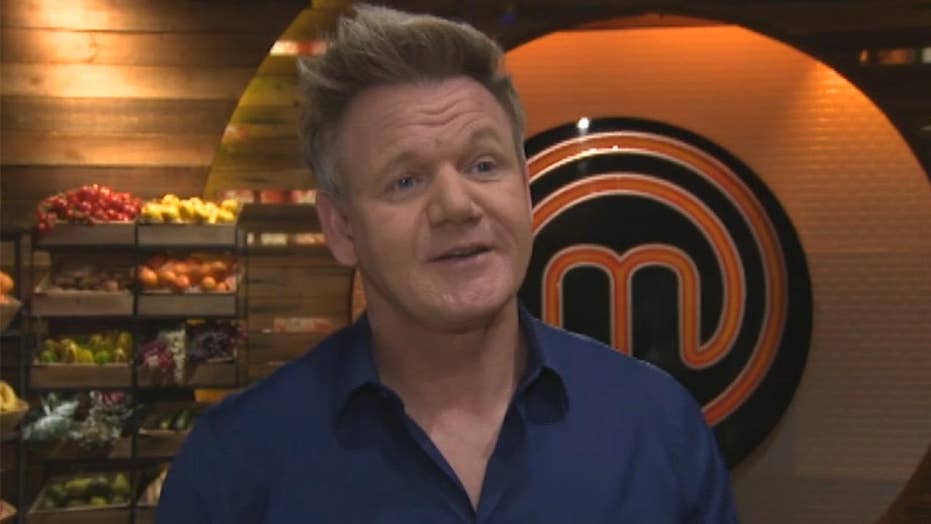 Celebrity chef Gordon Ramsay is juggling 'MasterChef Junior' and '24 Hours to Hell and Back' with his expanding worldwide restaurant empire.

Gordon Ramsay took a few minutes out of his busy day to recreate one of the most iconic moments of his career.

In 2015, the celebrity chef went viral on social media for his "Idiot Sandwich" meme and now he's bringing it back.

The "MasterChef" star visited the Harlequins rugby club during pre-season and delivered a "motivational talk" via two slices of bread.

Ramsay yelled, "What are you?!" to which the player responded, "An idiot sandwich!"

The original meme wasn't created on Ramsay's show, "Hells Kitchen," where he regularly yells and curses at the contestants as many fans assumed it was.

The moment was staged by Ramsay and "Big Brother" host Julie Chen for a sketch on James Corden's CBS late-night show, "The Late Late Show."

“I’ll be at a book signing […] and they’ll just take out two slices of bread from their satchel and say, ‘Can you call me an idiot sandwich?’” Ramsay joked while on Corden's show.

And he's laughing all the way to the bank. Ramsay has started to sell idiot sandwich ear muffs at his restaurant in Las Vegas.