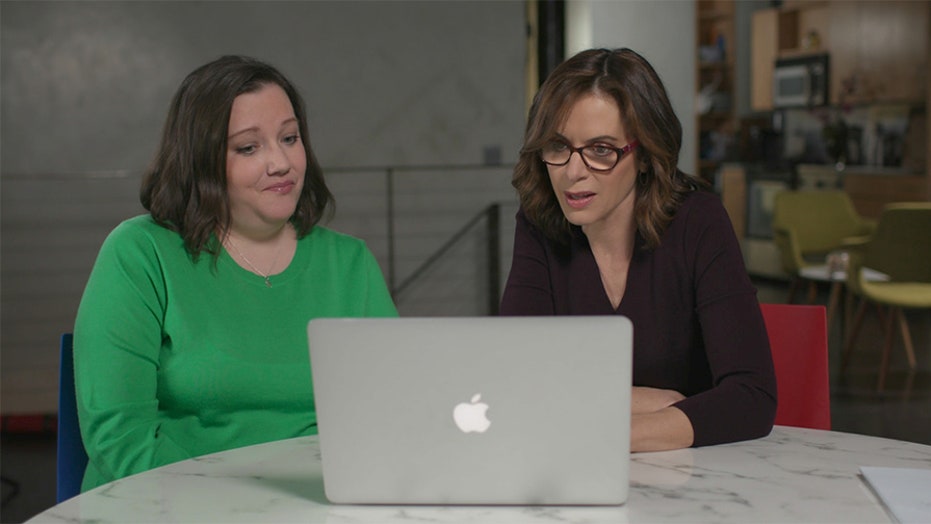 Kelly couldn’t have predicted that a clean-cut, charismatic suitor she met on a dating app was a serial rapist living a double life.

The Georgia woman was one of several online dating victims who opened up to Elizabeth Vargas, who is behind the new A&E Networks docuseries “The Untold Story,” about events that have a profound impact on our country.

The episode, “Dating App Horrors: The Untold Story,” set to premiere this Thursday, explores the largely unregulated dating app history and the risks of dating online, which in some rare cases have led to assault, rape and even murder. Vargas investigated this topic through interviews with lawyers, detectives and advocates, who all hoped that an in-depth discussion will prevent future horrifying incidents from occurring.

Kelly told Fox News she was compelled to come forward for the special to raise awareness on the potential dangers in dating apps.

“[I wanted to] put out to other survivors that they’re not alone,” she said. “Other people have dealt with this and what they’re feeling is completely normal."

Kelly told Vargas she was 30 years old in 2012 when she yearned to make a connection with someone, prompting her to create an account on OkCupid. Soon after, a man name Zach Anderson contacted her.

After exchanging messages, the pair decided to meet about a week later.

“We decided to meet up for an early drink, nothing fancy or anything,” said Kelly. “Just so we can get to know each other and everything for an hour so so.”

When Kelly arrived at the grill and pub, Anderson was already waiting for her — and he seemed like the real deal.

“My first impression was that he really looked like a nice guy,” she said. “He was already sitting at a booth at the bar. It was quite crowded that day. He was completely respectful. We had a normal conversations. It flowed really well. I had a really good impression of him at first. He just seemed like a normal, charming guy.”

However, the casual date took a dark turn. According to the documentary, the couple ended up in Anderson’s car a few hours later in the parking lot outside the venue where he tried to kiss Kelly. It was then when Kelly said, “a switch went off.”

Kelly claimed Anderson quickly became aggressive and forcefully grabbed her thigh. Despite Kelly saying no, Anderson pulled her pants down and raped her.

“I was still in shock,” Kelly said after she finally got home. “I was shaking. I was crying. I was just in shock that this just happened. It was the last thing I was expecting. I called my best friend at the time. I just didn’t know what to do.”

In the documentary, Kelly told Vargas she reached out to OkCupid, warning them there was a rapist using their site. She received a response back stating they couldn’t find the profile in question. Kelly then sent another email but claimed she never heard from the site after that.

Kelly said she reached out to OkCupid after she was raped by one of its users. — A&amp;E

“Even though I was in shock and not completely in my mind at all, I did remember this guy is a criminal, this guy is a rapist,” said Kelly. “I also went to his profile to try to save his picture if I decided to go to the police… I emailed the app and said ‘You have a rapist on here’…. I got a message back I believe the next day. They said they couldn’t find his username. So I emailed them back with his username again and said, ‘I really hope you find him.’ I also checked and he was still on there, so he didn’t delete his profile. And I never heard anything back from OkCupid.”

Kelly, who felt shame and embarrassment over the assault, was wary of going to the police. But after getting some advice from her mother, she decided to speak out.

“After my assault, I was in a very dark place,” she explained. “I was feeling very depressed. Very vulnerable. I didn’t even want to get out of bed. I didn’t want to go to the police. But I did end up telling my mother. She convinced me to go. But after a while, the police department was really not supportive of going after him. And the detectives on the case did eventually say, ‘This is all circumstantial. It will be the worst day of your life going to trial. It would be awful.’ I was just so depressed, I didn’t want to deal with it anymore. So they basically convinced me not to go through with it.”

About two years later, Kelly received a call from the district attorney’s office in Atlanta. Anderson was really Devin Richard Hartman, a married father of three who used a dating website to lure and rape another woman.

“The prosecutors on the case reached out to me,” said Kelly. “Told me his real name, told me he had hurt multiple individuals. That he had been arrested for one individual…. And they needed my help. At that point, I had been through therapy. I was doing a lot better, so I was more than happy to help and put him away.”

In late 2015, a Fulton County jury convicted Hartman, then 40, of rape and aggravated sodomy for the June 2014 assault of a 28-year-old woman whom he met on OkCupid using the alias Zach Anderson, The Atlanta Journal-Constitution reported.

According to a police report, the woman told investigators she had six beers before her date dropped her off at her car. The next thing she remembered was waking up on her own doorstep without her keys, cellphone or underwear.

An exam at Grady Memorial Hospital determined the woman had been sexually assaulted and she then called police. The publication revealed that through DNA and phone records, Atlanta police tracked down Hartman. During his week-long trial, four other women who accused Hartman of sexual assault testified.

“I was so happy,” said Kelly. “I just started crying. I felt vindicated. I felt happy that he can’t hurt anyone else. I felt happy for his other victims. It was a really great day.”

Kelly opened up to Elizabeth Vargas about her online dating experience for "The Untold Story." — A&amp;E

Match Group, which owns several dating websites including OkCupid, told the show: “Match Group takes the safety, security and well-being of our users very seriously — we consider it our top priority. While a relatively small amount of the tens of millions of people using one of our dating services have fallen victim to criminal activity by predators who use such platforms, we believe any incident of misconduct or criminal behavior is one too many. We use a network of industry-leading automated and manual moderation and review tools, systems and processes – and spend millions of dollars annually – to prevent, monitor and remove people who engage in inappropriate behavior from our apps.”

Since then, Kelly works with Jane Doe No More, a non-profit organization that helps to empower survivors of sexual crimes and they embark on the healing process.

“It’s not a horrible thing to date online,” said Kelly. “It’s just that there are so many bad people out there and it’s so easy for them. So many people use dating apps and it’s hard to track everyone out there.”

“For those who do, they should definitely tell multiple people where they’re going,” she continued. “If they can, look into the person they’re going to meet. Make sure you’re in a crowded place. Never leave your drink alone with an individual. Maybe even go as far as having a friend come with them. I know that sounds extreme, but sometimes that’s what’s necessary… I think people have to be more cautious than your usual method of dating.”