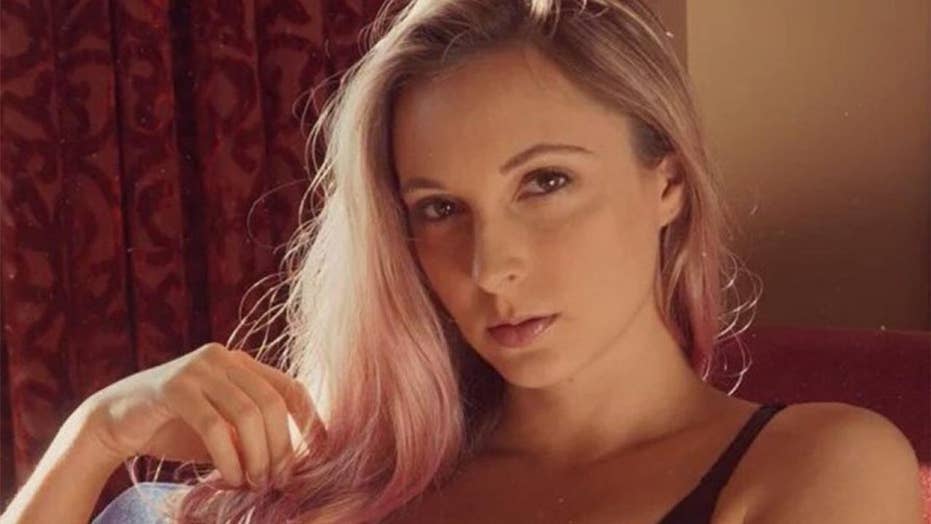 A camera model is explaining why she films fetish videos for pay in a racy new documentary on A&amp;E.

Allie had completed grad school in 2014 when she found herself owing over $100,000 in student loan debt. It was around that period in her life when she discovered a controversial way to make ends meet.

The Texas blonde discovered “camming,” which allows her to perform live one-woman sex shows in front of cameras for eager clients willing to pay big bucks. The student-turned-millionaire who made a fortune catering to the unusual fetishes of her clients online is now finally ready to tell her story.

She opened up for the first time to Elizabeth Vargas, lead investigative anchor for A&E Networks, who is behind a new docuseries titled “The Untold Story,” about events that have had a profound impact on our country.

A&amp;E anchor Elizabeth Vargas explored how the sex industry has changed over the years. — A&amp;E

The episode “Sex for Sale: The Untold Story,” set to premiere this Thursday at 9 p.m., shows Vargas exploring the inner workings of the sex industry, which credits the Internet with the booming business that allowed Allie and many others to thrive.

It features interviews with a male escort who promotes himself on social media as “the ultimate boyfriend experience,” a woman capitalizing on the benefits of new motherhood, as well as a “naughty lifestyle” mogul who helps couples explore their most taboo desires, among others.

Allie said she had no regrets being a camera model. (A&E )

Allie said that when she first learned about the concept of creating fetish content online, she was struggling to pay her bills despite earning a degree after eight years of school.

“I was working at a job that I had gone to school for,” Allie explained. “I was hardly making ends meet. I had no money left over at the end of the day. … I just wasn’t getting ahead. I knew for the foreseeable future, this was what my life was going to be like. So I started camming in the afternoons and made a bunch of extra money. And I finally got to the point where it was so lucrative that it paid well more than the job I had gone to school for.”

“I didn’t have to sit in traffic,” Allie continued. “I didn’t have to work for people who didn’t appreciate me, who ignore me, who didn’t like me. Every single hour and every single decision was up to me. …And that’s really wonderful. I felt really empowered that I could make my own decisions. I could work outside of my bedroom and I could make very good money… I know live debt-free and I could pay for a lot of things that I wouldn’t have otherwise been able to pay for previously. It’s completely changed my life.”

At any given time, hundreds of models are online, some being watched by 1,000 or more people, others giving private shows, The New York Times previously reported. The money generated by cam sites is hundreds of millions of dollars at least, and very likely a billion or more, according to industry analysts and executives.

“Sex for Sale" revealed the top cam models are estimated to make up to $1 million a year.

Allie's devoted followers are willing to empty out their wallets just to make some of their fantasies a reality. According to the documentary, Allie has filmed herself rubbing her feet with oil and glitter and she claimed to charging $20 a minute just to allow someone watch her sneeze.

She also insisted videos of herself eating messy dishes, like ribs and burgers, have helped pay her mortgage. Customers have also been willing to dish out up to $250 for used socks. Allie alleged some were even willing to pay for toenail clippings or “foot dust" — finely milled dry, dead skin from exfoliating.

Allie filmed herself sneezing for a client. (A&E)

“I think a lot of my clients are probably really shamed [by society],” said Allie. “And their strange fetishes, they haven’t really been explored. They don’t get to make those kinds of connections in their lives.”

Allie revealed that not only does she have fun performing for her clientele, but she’s thankful they’re willing to put their trust on her in hopes of fulfilling their fantasies without being turned away in disgust.

“My typical client is usually pretty educated and older,” said Allie. “They’ve usually been shamed or ridiculed for some sort of strange thing that they’re in and they haven’t really explored that very much. So they finally come to someone and luckily, it happens to be me. I don’t judge and I have a lot of fun with it. … It’s a really honest thing that I can explore with them and there’s no judgment. It’s just a growth we get to have together. … [And] I don’t think I get surprised by things anymore. .. Nothing really sounds weird to me anymore.”

Allie filmed herself eating a messy dish for a client. — A&amp;E

Still, Allie noted that her scandalous online profession means fiercely protecting her personal identity. And one of the reasons why people like Allie pursue camming is because they can perform in a safe space without a pimp or protector.

“I’m pretty lucky that I’m an introvert and I stay in my house a lot,” said Allie. “I don’t do a lot of things out in the public. I know I can’t run for city council now or public office… Nobody knows who I am. And that’s kind of a good thing because I wouldn’t want that to be anywhere. I wouldn’t want people in any job to know anything about my personal life due to safety reasons, obviously. … I don’t share things online about my personal life. I’m thankful I can live my life like this. I can still have my public persona and they don’t really ever cross.”

For the first time, Allie admitted in the documentary that she was happily married to Jordan, who works in construction. Not only is Jordan accepting of Allie’s shocking profession, but he also takes part in filming her sought-after videos.

Allie is featured in the A&amp;E special "Sex for Sale: The Untold Story." (A&E)

“I’ve never publicized that I am in a relationship, much less married,” she admitted. “This will actually be the first time that I’ve ever talked about it because of the business. I have a ton of clientele who are probably not going to appreciate that too much. They love the fantasy of meeting this single woman and then taking care of her, supporting her. But in reality, I do have a partner who’s insanely supportive. … I’ve never shared that before. However, I do feel like I’m at a part in my business where he deserves some credit.”

While the couple is living debt-free, Allie insisted that she has zero plans of slowing down or leaving the business altogether anytime soon.

Allie hopes that her story in the documentary will not only educate viewers on why anyone could possibly yearn for a camera model but also debunk misconceptions that she feels continues to impact sex workers.