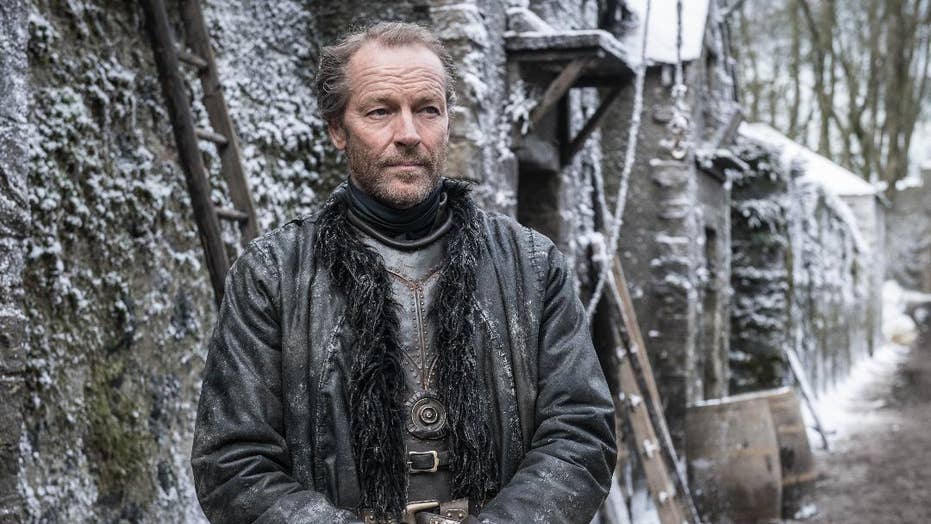 'Game of Thrones' star Iain Glen reveals what fans get wrong about Jorah, what he stole from set

‘Game of Thrones’ actor Iain Glen spoke with Fox News on the red carpet for the show’s Season 8 premiere where he reflected on his character and how he’ll remember his time as Ser Jorah Mormont on the long-running series.

The 57-year-old actor spoke with Fox News on the red carpet for the show’s Season 8 premiere where he reflected on his character and how he’ll remember the long-running series. Glen plays Jorah Mormont, a rare character that’s survived since Season 1 of the notoriously bloody show. After spending a decade literally traveling the world with Mormont, the star revealed that he took a keepsake from set to remember him by.

“In his early days, Ser Jorah had some kind of Dothraki influences as he kind of integrated himself into the Dothraki way of life when he met Daenerys for the first time. So, I had a couple of rings which I took away which were easily portable and easy to nick,” the star said with a laugh. “No, I asked permission. But I’ve got those at home.”

'Game of Thrones' star Iain Glen reflected on his character, Jorah Mormont, ahead of the show's final season premiere. (HBO)

A through-line for Mormont’s story throughout the run of “Game of Thrones” is his unrequited love for Daenerys Targaryen, played by actress Emilia Clarke. However, as the final season looms, Glen notes that he thinks fans are mistaken about Jorah’s love storyline with the mother of dragons. According to him, it’s been done for a while.

“I actually don’t think the love has been unrequited, I think it's the sort of physical aspect to it that’s been unrequited. I think Jorah has got to a point where he feels very loved by Daenerys and has been forgiven, and that’s really what he was working toward since Season 5 is to get inside her inner circle again, which he’s achieved,” the star said. “So, I think he’s very happy commanding her troops, being the head of her army. And that’s been an aggrandizement that she’s kind of given to him and trusted to him. So I think he’s happy where he is. I think it’s a tender storyline.”

Glen says he’s proud that his character managed to survive so much and make it to the final season. However, when asked if there’s a departed character he wishes Jorah could have had a hand in slaying, the star barely had to think of his answer.

“It would have been an unfair battle but I would have loved to kill Joffrey,” he said, invoking the universally hated former king played by Jack Gleeson. “I mean, I would have had him so easily. He wouldn't have stood a chance.”