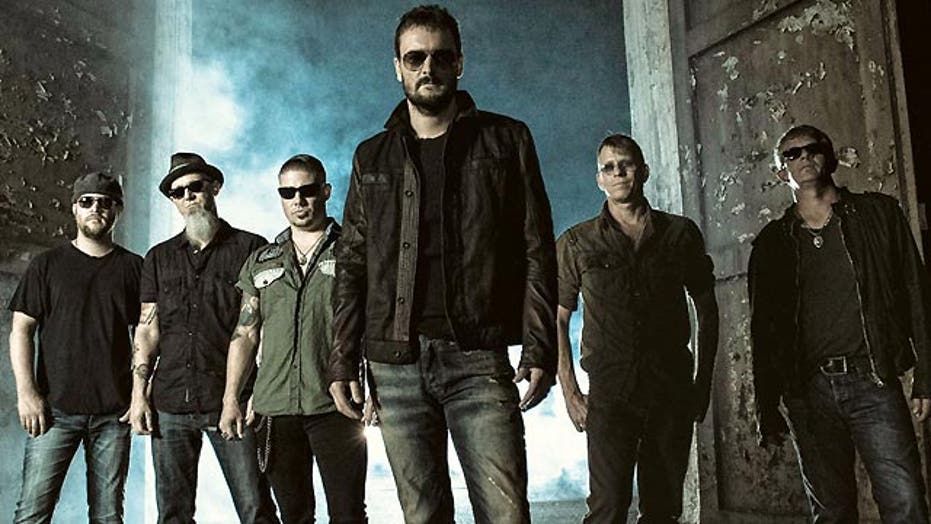 Eric Church has just released a powerful new single, “Kill a Word,” and the country superstar says it carries a message that’s particularly important in the current fractured political and social climate.

“Kill a Word” is the third single from Church’s current album, Mr. Misunderstood. He tells Rolling Stone Country that when he wrote the song, which addresses the power of words, he didn’t necessarily see it as a single, but that’s changed because of the dark tone of political and social events in America in 2016.

“There are times that the single gets chosen for you. And by that I mean what’s happening in the world,” he says. “I would feel disingenuous after writing the song, being a part of the song, to not put the song out at this time, with all the stuff that is going on: socially, police, politically. I mean, God almighty hell, the whole world. I’ve never had a song that felt more meaningful and relevant than this one. It’s something that people need to hear.”

Church elaborates that as a father, he’s especially concerned about the way everyday people are addressing each other.

“For me, it goes beyond the political. It is something that is so basic, and there’s just something so common sense about it, about the way you treat people and the way you talk to people and the things you say,” he says. “With bullying and all the stuff going on, words are very important. Words can be more hurtful than anything physically.”

The maverick superstar sees the divide in the country while he’s out on tour.

“We have a broken political system. It’s been broken a while. And there is a lot of anger,” he says. “There is a lot of discontent. It’s very important that we don’t dismiss it. I think so many people they dismiss that [as], ‘Well, that’s not serious,’ but it is. My wife is pretty political. I don’t care. And I don’t mean that in a blase way. I mean that in I’m not sure I believe that either candidate can get anything done.”

Church hopes that people will be able to get past the differences that seem so insurmountable in the heat of the moment.

“It’s a pretty charged-up time right now. At the end of the day, we all have to get along,” he states. “I don’t care what your belief is — we can’t kill each other. It can’t happen that way. There’s a lot of racial tension in this country, a lot of authoritative tension, with police, and I think all that stuff makes for a tumultuous time. I think all of our politicians need to take a hard look at what their goals are and where we’re headed. Because I think a lot of the anger is against the political system, and that can be dangerous if it continues to get worse.”

The singer confesses he doesn’t really know who he’s going to vote for in November, citing both Donald Trump and Hillary Clinton’s much-discussed weaknesses. “Then you’re saying, ‘I have two people here, and Christ, I don’t trust either one.’ To me, that’s where the anger comes from. We have to be careful as a country.”