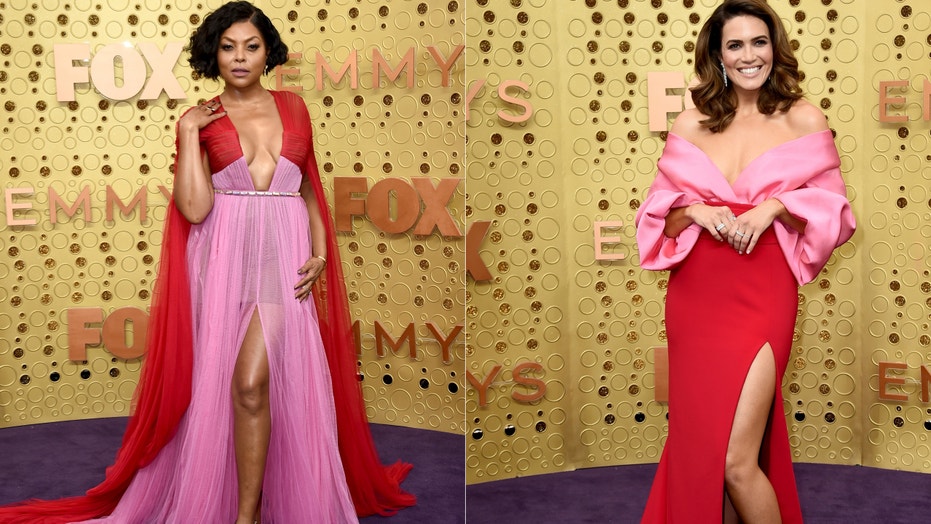 The 2019 Emmy Awards purple carpet lit up Sunday in Los Angeles with stars from your favorite TV shows.

Early on in the night a fashion trend began to appear -- pink and red gowns.

Mandy Moore from "This Is Us" who is nominated for outstanding actress in a drama series donned a Brandon Maxwell gown and Forever Mark jewelry. Her skirt was red while her off-the-shoulder top was bubblegum pink.

Meanwhile, her "This Is Us" co-star Susan Kelechi Watson twinned in a similar combo-look.

"Always happy to be here and twinning with my girl," Moore wrote on Twitter.

"Empire" star Taraji P. Henson also got the memo in a Vera Wang dress. "I feel like cotton candy in this dress," she told Variety.

The designer frock was originally designed for the 2019 Met Gala but she had to skip the event to go to a funeral but promised Wang she'd wear the dress another time.

And finally, Maria Tomei in a similar outfit.