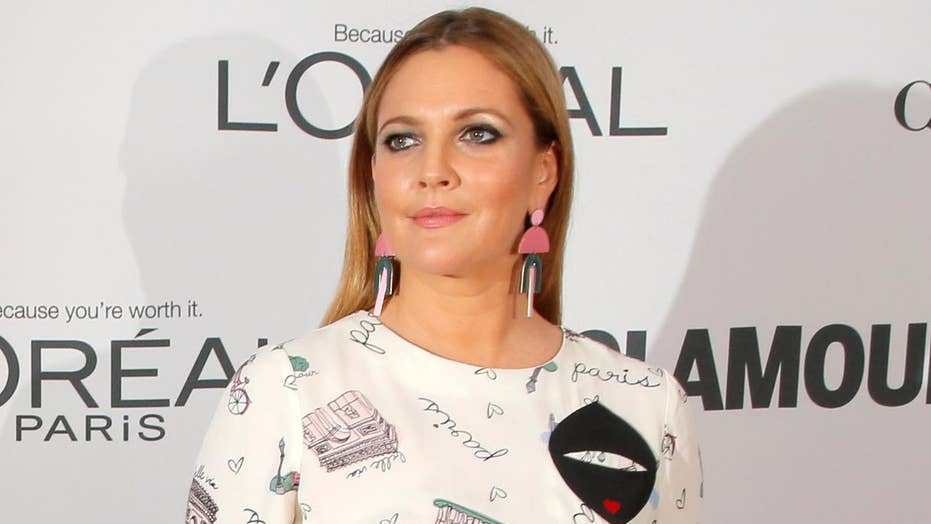 Drew Barrymore is no stranger to late-night appearances. And on Monday's episode of "The Late Show" with Stephen Colbert, the star recalled some of her more outrageous moments — including when she flashed David Letterman on his birthday.

Barrymore, who told Colbert that she "tends to overdo it for people [she] loves," detailed one of her wildest appearances in 1995.

"I did something in particular with Mr. [David] Letterman on his birthday," she said.

The star went on to explain that she jumped up on his desk and performed a sexy dance where she famously flashed her breasts and ended the stunt by giving Letterman a kiss on the cheek.

The "Santa Clarita Diet" actress then joked that she has no regrets about her show-stopping moment on Letterman and said, "You only have one life!"

She also reflected on her long history of late-night appearances. She said she had several cringeworthy moments.

"I did Johnny Carson in 1982, and I tripped on the step and really, really ate it. I think they cut to a different angle on the camera, because I was, like, splayed," Barrymore reminisced. "I was like, 'This is a lesson in humiliation. It's 'The Tonight Show' and you're seven and you've completely eaten it."

She went on to explain that she became a frequent "Tonight Show" visitor as she rose to stardom.

"I would go on the show when Jay Leno and Joan Rivers were on. I was on his show, like, eight times and then I started bringing him gag gifts. Like, he was on his eighth divorce, and I brought him a set of dishes with his name on it. And I was like, 'Now whatever woman your — whatever woman you divorce is not going to want these because they say, Johnny.' I was a real card or something. I don't know why—or how—I had that sense of humor. But I loved joking with him."

Barrymore also had a close friendship with Letterman.

"From the moment I went on — especially with my little dance number, which was completely spontaneous and not calculated in any way — he let the audience know it was OK," she said in a 2015 interview with Entertainment Weekly. "From that infamous show, we developed a really fun chemistry. Then I just looked forward to going back."