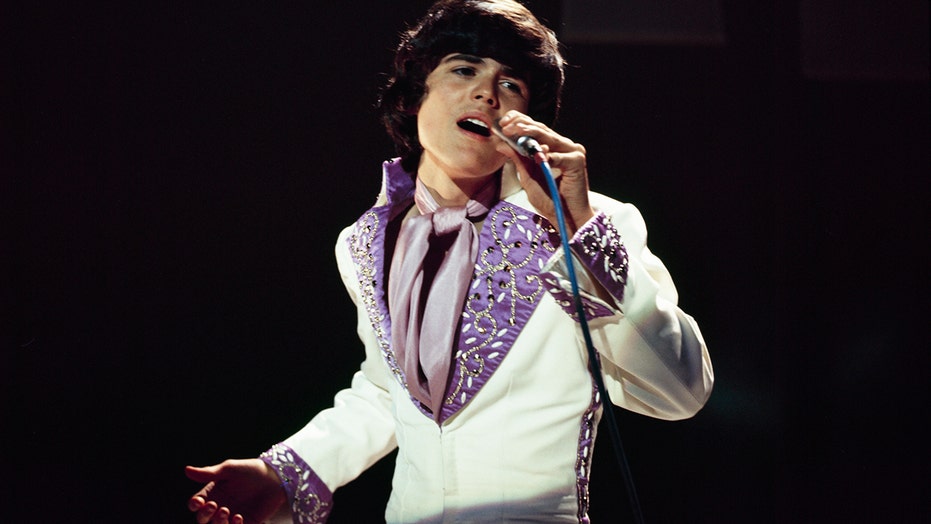 Donny Osmond was just five years old when he made his TV debut, was established by age seven and was nearly 13 when approached to record solo music.

But making it on his own terms wasn’t always easy.

The singer, who has returned to Las Vegas two years after the coronavirus put live music on hold, credited his determination to reinvent himself over the years — scandal-free — for helping him escape the child star curse.

"It is a curse when you hit it big as a little kid because everyone wants to keep you in that pigeonhole," the star told Fox News Digital. "And it’s really difficult to break out of it. Some people have been able to do it successfully. Look at Justin Bieber. He’s done an amazing job. However, he didn’t go through it easily either. He had some hard times breaking through that image.

"I decided long ago that I wasn’t going to do it with scandals, trickery or promotional campaigns," the 64-year-old reflected. "I was going to do it with my music, which is a really difficult way to do it. But it happened. And it took me 10 years. But I wanted the music to speak for itself. … It’s very difficult to break out of that teenybopper career. But thank goodness that through perseverance and a lot of support from my fan base, it happened. But it takes an awful lot of work to be accepted as an adult."

Throughout his career, Osmond has earned 33 gold records and sold over 100 million albums. In late 2021, he released his 65th album, "Start Again."

"I have gone through so many incarnations," said Osmond. "And every time one of those incarnations came to an end, you start again. I had to keep reinventing myself. We all start again many times in our lives."

Osmond’s career further skyrocketed as he grew in the public eye during his three-year run alongside his sister Marie Osmond on the TV variety show "Donny & Marie." But when the series ended in 1979, the teens who once idolized him disappeared. And the Osmond family struggled after losing much of their fortune to bad investments.

"When I was told I was a has-been at 21, I said, ‘I’m not accepting that. There’s no way I’m going to accept that. I will fight so hard to be back in the business,’" said Osmond. "The truth is, without trying to sound cliché, I love what I do. I love getting on stage. I love singing and entertaining. To me, yes, it’s a job and I work hard at it, but there’s something about the magic of show business.

"There’s something about that curtain going up, the lights hitting you, the band going and the fans cheering. But I also want to rebuild my way. People will always give you advice on how you should do things, and not all of it is good. That's why it was so important for me to stick with what I truly believed in."

Osmond credited the support of his family, including his sister Marie, 62, as he managed adulthood as an artist. In 2019, he and Marie ended their Las Vegas residency after an unexpected 11-year run.

"Marie was a huge part of my career," he said. "The ‘Donny & Marie’ thing came together when I was about 16. So it was a very, very important part of my life. But everybody’s got an arc to their career. Reinvention is vitally important to sustaining a long career. Marie was able to help me reinvent myself even with the ‘Donny & Marie’ brand. Family is absolutely the most important thing to me. It comes before fame. When the curtain comes down — and it will come down — what else do you have?"

Osmond has been happily married to his wife Debbie for more than 40 years. They share five sons and 12 grandchildren.