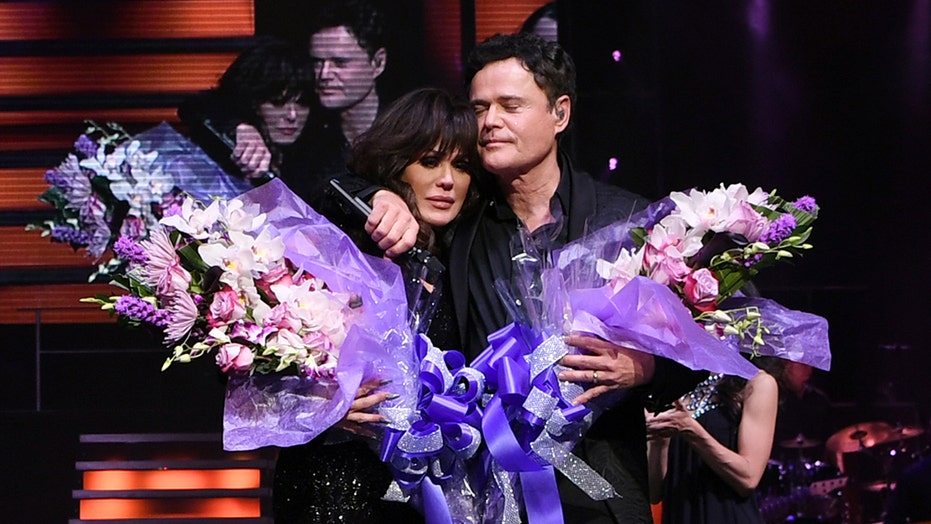 Donny and Marie Osmond’s longtime Las Vegas residency has come to an end.

What began as a six-week engagement with Flamingo Las Vegas eventually became an 11-year journey for the brother-sister duo.

Performing their final show on Saturday, the Osmonds got emotional as the show came to a close — ending a decade-plus run that many Las Vegas residents came to know and love.

DONNY AND MARIE OSMOND ON VEGAS LEGACY: OUR JOB IS TO ENTERTAIN, NOT PREACH

“I don’t know how I’m going to get through this,” Donny said, holding back tears before performing their final song, “May Tomorrow Be A Perfect Day.” Donny even had to restart the song from the top after becoming overwhelmed with emotion.

“There are no words,” Donny said in conclusion. “It’s sadness and elation at the same time. It’s really the end of the era. If you think about it, for Marie and I to do a one-off, it’s never going to be this way again.”

MARIE OSMOND'S SON WAS BULLIED BEFORE HIS SUICIDE: 'I NEVER TOOK ACTION'

Marie also chimed in, expressing her love for their backing band and brother Donny.

“I’m gonna miss you guys the most,” said Marie.

Marie then turned to Donny and said, “He can say all he wants about the crew and everything else, but I’m going to miss you. I love you.”

“I’m going to miss you, too,” Donny replied, to which Marie quickly retorted, “I’ll see you at Christmas.”

The duo performed 1,730 shows over the course of their 11-year residency in Las Vegas.