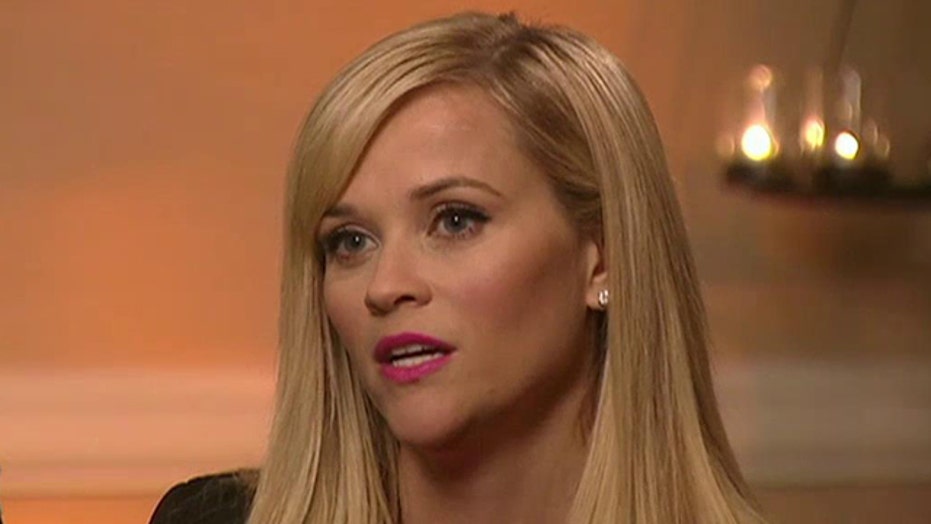 Power Player of the Week making movies with real meaning

Reese Witherspoon’s fashion company is being sued for $5 million after allegedly ripping off a logo design.

Jeweler Jordann Weingartner, creator of the Magnolia Collection, accuses the Oscar winner’s company, Draper James, of copyright and trademark infringement because it is using a nearly identical flower-shape design as its trademark and logo.

“She literally stole my magnolia,” the angry Palm Beach, Fla., mother of three told me. The suit was filed in federal court in West Palm Beach.

Some observers commented that Witherspoon looked possibly pregnant in her Oscar de la Renta gown at the Oscars, and in a red one-piece bathing suit 48 hours later in Cabo San Lucas, Mexico. The actress, 39, has two children from her marriage to Ryan Phillippe and one with her current husband, CAA agent Jim Toth.

Weingartner’s company, I Love Jewelry — which uses her self-created magnolia design for all branded materials — is a multimillion dollar business with 30 employees and over 600,000 Facebook followers.

“I drew the design for my Magnolia Collection back in 2008. The flower isn’t a traditional magnolia flower, it is my artistic take on a magnolia,” Weingartner told me. “My design actually looks nothing like a magnolia, and Draper James not only took the design, but also decided to call it a magnolia.”

Witherspoon was aware of Weingartner’s design because the jeweler’s publicists sent a Magnolia Collection necklace to the actress, the designer alleges.

Witherspoon’s lawyers, after seeing a draft of the lawsuit before it was filed, allegedly said, “Out of precedent, she doesn’t settle.”

“They basically ignored us,” Weingartner said. "So, we're ready to fight."

Witherspoon’s publicists and her lawyer did not respond to my calls for comment.