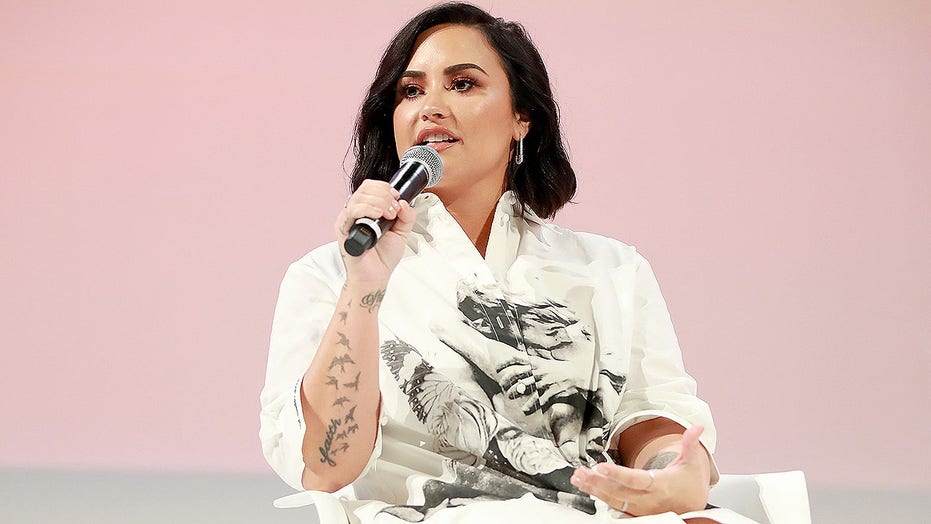 Demi Lovato is stronger than ever before.

The 27-year-old singer released the music video for her new single, "I Love Me" on Friday and the visuals are just as empowering as the lyrics.

The video opens with Lovato in a bedroom where she wrestles with two other versions of herself while belting out the inspiring chorus.

The music video is filled with references of the pop star's checkered past and one clip references her near-fatal overdose in 2018.

In the clip, Lovato is dressed in a bright red trenchcoat as she confidently walks around a big city. When she walks past an ambulance, she sees a woman lying unconscious on a stretcher and places her hand upon her.

“Yeah, yeah/I wonder when I love me is enough," Lovato belts out.

Lovato references her 2018 overdose in the music video by placing her hand on a female who lies on a stretcher. (YouTube)

Seconds later, Lovato appears to reference her past relationship with ex Wilmer Valderrama, who recently got engaged to model Amanda Pacheco. In the video, Lovato smirks as a bride and groom run past her as she's crossing a busy street.

The music video's release comes during a positive new phase for Lovato. The singer has been more vocal than ever before about having self-confidence and undergoing a recent spiritual transformation.

Last month, she informed her fans of a new "incredibly meaningful tattoo" of a fallen angel being lifted by three angelic doves representing the Holy Trinity. She described the angel's dark wings as "the darkness I was shedding" when she went on a social media detox.

The "Anyone" singer is also striving to be more open with her fans about celebrating her flaws. A photo shared to her Instagram shows the singer completely makeup-free.

"Haven’t done a #NoMakeupMonday in yearssss but I figured after posting so many glamorous pics with tons of makeup and hair pieces, it’s important to show myself underneath it all. This is what I look like 85%-90% of the time. Proud of my freckles, proud of booty chin and proud of myself for loving and accepting myself the way I am. 🖤 #ILoveMe," she captioned it.