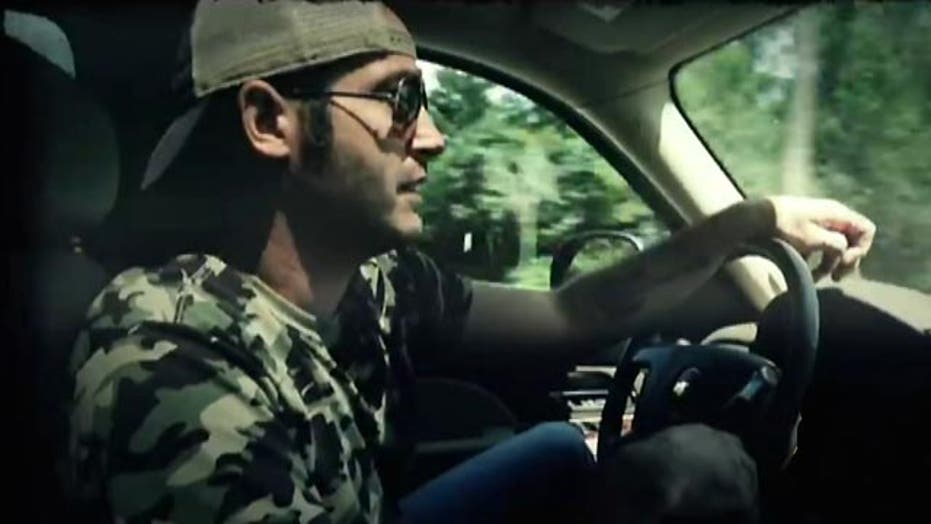 Singer-songwriter tours ahead of release of sophomore album

Singer-songwriter Josh Thompson is gearing up to send out his sophomore album April 1 and until then he’s busy introducing fans to the new tunes on the road. Thompson stopped by FOX411 Country to tell us about the upcoming album, being on the road with Justin Moore for the “Off the Beaten Path” tour and his career wish-list for the future.

FOX411: [What’s] your story for those who may not know, your first job?
Josh Thompson: I was a concrete finisher. Yes, the whole family is in the concrete business. I started out laboring with a shovel and a pick and eventually became a finisher and did that for I guess 15 years before music finally took over... That was my day job when I moved to Nashville and even after I had a publishing deal and was writing songs I was still pouring concrete until I absolutely had to let it go, I did.

FOX411: It’s a lot of time put in before the pay off right?
Thompson: We’re still waiting for it to pay off…  There’s still a lot, so much that I want to do and see happen. Yes I’ve come a long way but it took 9 years to get in this chair right here and talk to you so you know… a string of hit singles and hit records, a member of the Grand Ole Opry, there are so many things yet that I would love to achieve.  So I definitely don’t feel as though I’ve reached the top by any stretch of the imagination. It’s taken while, but to be able to do what I do even so far is amazing.

FOX411: Where are you in your tour schedule?
Thompson: I’m in the middle of the “Off the Beaten Path” tour now so you can find me out with Justin Moore and Randy Houser between now and the end of April. After that we are [each] doing our own thing, fairs and festivals, clubs. We’ve got 10 days with Gary Allan coming up this summer.  So JoshThompsonOfficial.com is where you can go and find all the tour dates.

FOX411: What can you tell us about your upcoming April album?
Thompson: This record, “Turn it Up,” it’s really on steroids.  I mean it’s pounding in your face and it starts that way from song No. 1. It’s going to be great for the summertime.  Great for people that are looking to put on a record and let the whole thing play while they barbeque or party or drive down the road… and that’s what I was going for, something that would translate to the live show and be rocking and something people could listen to the whole thing.

FOX411: What you like to sing about? What themes are on the album?
Thompson: I talk a lot about working hard, and then of course playing hard. Going out and having some cold beers, hanging out outside with the people that you love and the one that you love, and it’s all about you know kind of tightknit community and being proud of what you got.