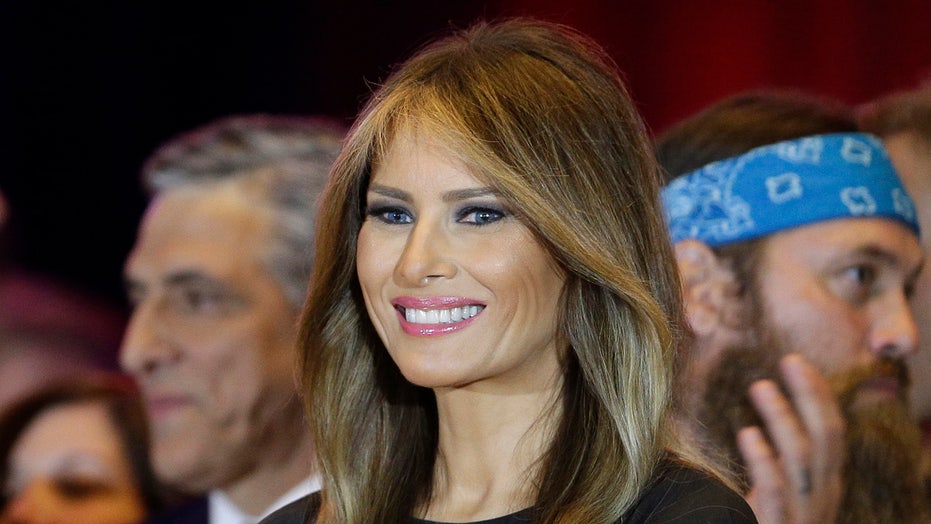 Matthews, who did not realize his mic was on, was caught saying, "Did you see her walk? Runway walk. My God, is that good" while covering the Indiana primary for the network.

His co-host, Brian Williams, noticing Matthews' comments that were clearly meant to be private, cut to a commercial break.

Matthews continued, " I could watch that runway show."

@hardball_chris Matthews creeping on @MELANIATRUMP saying he could watch her walk all day. #dirtyoldman #openmic pic.twitter.com/wQ29lWuVbV

A rep for Melania Trump told Variety in response to Matthews' comments: "Melania Trump is an accomplished businesswoman and entrepreneur in her own right, achieving tremendous success in a variety of industries, including an illustrious modeling career, as well as being a dedicated wife and mother.

"It is unfortunate to see the continuous inaccuracies and misrepresentations made by the media of Mrs. Trump as anything less than the independently successful woman that she is."

This isn't the first time Matthews has been accused of making sexist comments. In 2011, he said Sarah Palin "could not be hotter as a candidate."

In 2008 he implied that Hillary Clinton is successful only because her husband "messed around."

“I think the Hillary appeal has always been somewhat about her mix of toughness and sympathy for her. Let’s not forget the reason she is a U.S. Senator, the reason she is a candidate for President is because her husband messed around...She didn’t get there on her merits, because everyone felt, 'My God, this woman stood up under humiliation.'"

In 2007, he had an awkward encounter with CNN's Erin Burnett.

"Could you get a little closer to the camera? Come on in closer. No, come in — come in further — come in closer. Really close,” Matthews said. "Just kidding! You look great! Anyway, thanks. Erin, it’s great to–look at that look! You’re great. You’re beautiful. I’m just kidding. I’m just kidding. You’re a knockout. Anyway, thank you, Erin Burnett. It’s all right getting bad news from you, even, OK? Thanks for coming on ‘Hardball.'"

A rep for MSNBC did not immediately return FOX411's request for comment.