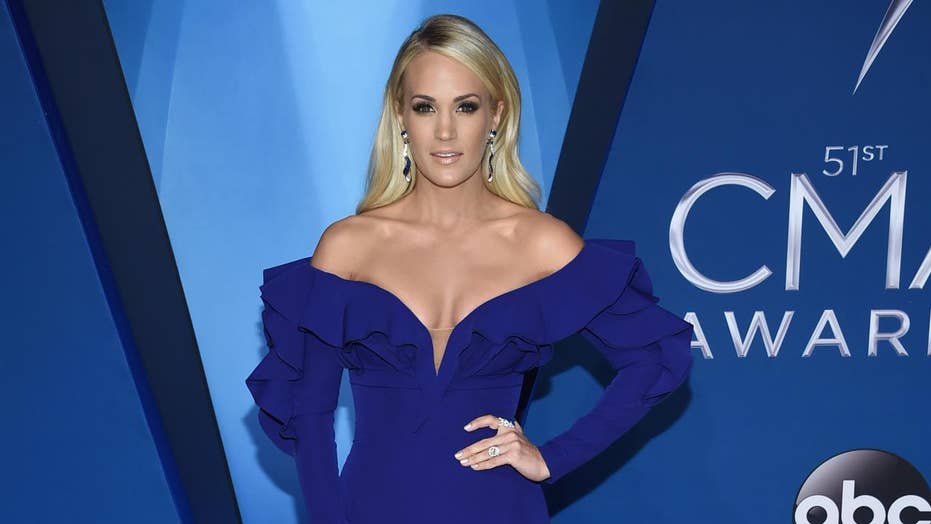 Fox411: Carrie Underwood has been released from the hospital after a fall outside her Nashville home left her with a broken wrist, cuts and abrasions.

Carrie Underwood has spoken out after reportedly falling on steps outside her home in Nashville last week.

The fall took place on Friday night, according to The Tennessean, and forced her to skip the Country Rising Concert Sunday night.

A statement from an Underwood spokesperson said the singer has been treated and released from a hospital for a broken wrist, cuts and abrasions, the paper says.

"Thanks so much for all the well wishes everybody...I’ll be alright...might just take some time...glad I’ve got the best hubby in the world to take care of me," Underwood tweeted Sunday.

Underwood's spouse Mike Fisher went to Nashville to be with her, per the report.

Dierks Bentley, Sam Hunt and Keith Urban were some of the performers at the Sunday benefit event in Nashville.

Underwood co-hosted the CMA Awards alongside Brad Paisley in Nashville on Wednesday night. It was the tenth consecutive time Underwood and Paisley emceed the awards show.