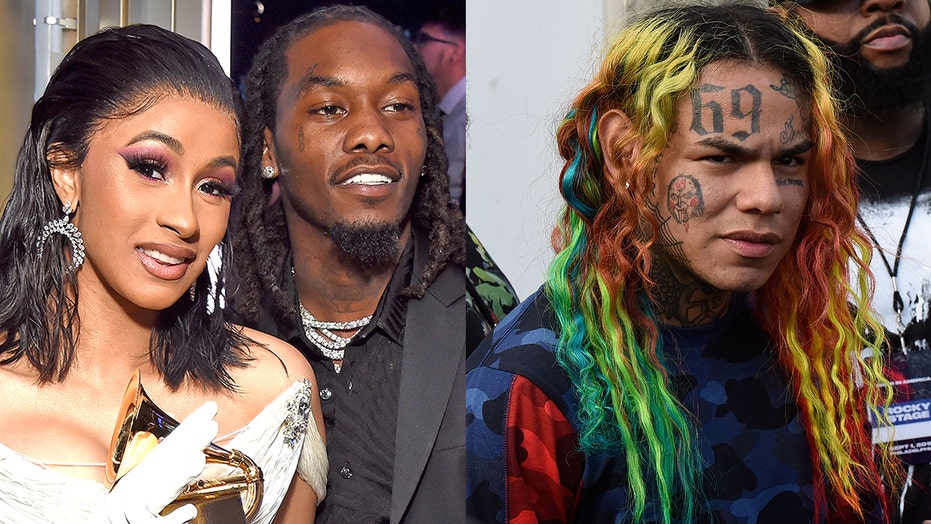 Rapper Offset and wife Cardi B are denying accusations that the Migos rapper hit on the girlfriend of incarcerated artist Tekashi 6ix9ine via Instagram.

Cardi, 27, responded to the drama herself, posting a screenshot of a notification indicating someone hacked into the “Clout” rapper’s account.

Known as Jade, Tekashi’s girlfriend took to Instagram to accuse the married father of four of sliding in her DMs, going so far as to tag his wife within her caption.

The video shows Jade opening her direct messages and finding one from what appears to be Offset’s official account. The message read “Miss u fr (for real)” and was sent at 1:36am.

Tekashi, whose real name is Daniel Hernandez, is set to be sentenced on gun and racketeering charges this month.