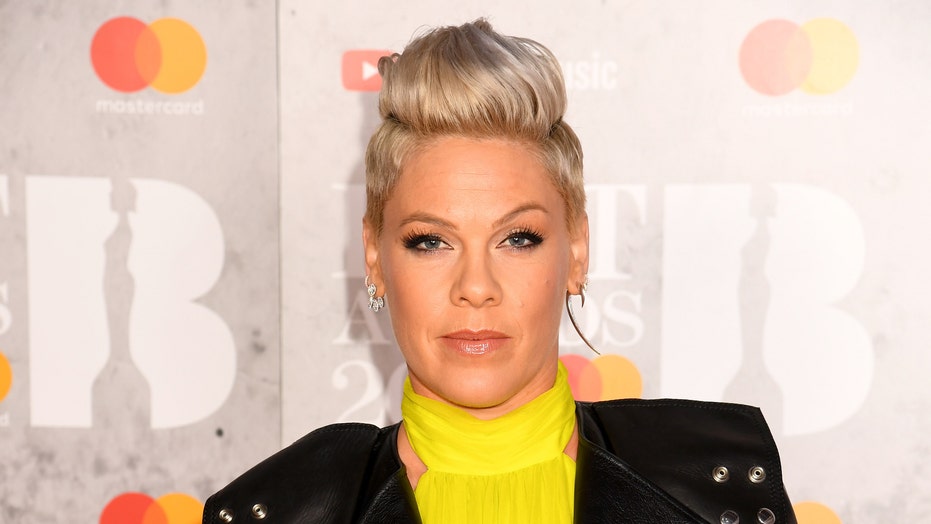 Before Maroon 5 snagged halftime show duties at Super Bowl 53 this past February, Pink was approached about the gig.

Although the performance serves as a milestone in many performers' careers, Pink sings a different tune, explaining to Billboard that the gig isn't as appealing to her now.

"Everybody that does it gets persecuted," the 40-year-old said.

The outlet said Pink was referring to the controversy surrounding the NFL's treatment of Colin Kaepernick, the former San Francisco 49ers quarterback known for taking a knee during the playing of the "Star-Spangled Banner" to protest racial injustice in the U.S.

Because of the controversy, performers like Rihanna and Cardi B have turned down opportunities to perform at the Super Bowl.

“I’d probably take a knee and get carried out,” Pink said.

The star also had her own ideas of who should have been offered the show at this year's big game.

"They should give it to Janet Jackson,” she suggested. “That’s who should be doing the Super Bowl."

Jackson, 53, famously played the Super Bowl halftime show in 2004. At the end of the performance, a wardrobe malfunction exposed Jackson's breast to the audience after special guest Justin Timberlake seemingly tore off part of Jackson's top.

“There’s rumblings around J. Lo, Rihanna — they all deserve it," Pink said. "They should only give it, because of the controversy, to African-American or Latina women for a while."

Pink has been on tour for nearly two years now following the release of her 2017 album "Beautiful Trauma," and released a new album, "Hurts 2B Human" earlier this year.