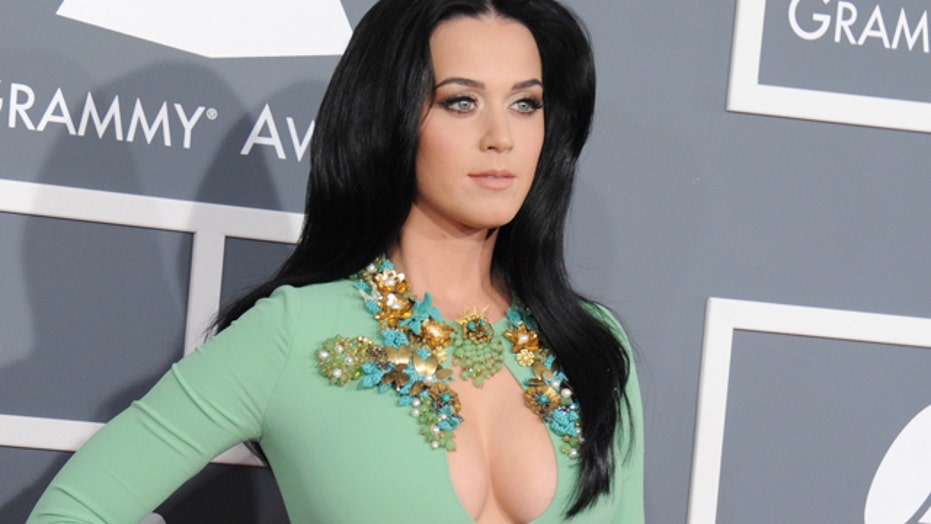 Were celebs rebelling against CBS rule by showing more skin?

In a letter that sounded like something a high school principal would send home, CBS requested the stars follow a dress code for the Grammy Awards. And the celebs responded like a bunch of rebellious teenagers.

The network asked that stars make sure "buttocks and female breasts are adequately covered" for the televised award show. The memo also warned against "see-through clothing" and exposure of "the genital region.”

But stars like Katy Perry, Rihanna and Kelly Rowland didn’t seem to care what the network wanted. With sheer dresses, risqué cut outs and barely there necklines, many stars outright ignored the message from CBS.

So if the stars simply refuse to comply, is there anything networks can do to class up their telecasts?

“Maybe you can fine the artists. Fine the record label,” he suggested. “But, you know, with celebrities what counts more is their image and getting out there. So maybe the network can say ‘Listen, we’re not going to show you on camera if you wear this sort of outfit.’”

He also suggested networks can pre-approve outfits for the presenters and performers at the shows.

But sending out a memo may not be the way to get a dress code message across. SiriusXM Radio Personality Cristina Palumbo said the letter backfired and made celebs want to rebel even more.

“I feel like fashion is an art and celebrities are a designer’s canvas so the red carpet is one of those places where you can display your art work, and by asking celebrities to tone it down, I think that gives them a little bit of a nudge to tone it up,” said Palumbo.

Caplan agreed that fashion is an art, but added that in recent years creativity has been replaced by an over abundance of skin.

“If you look at some of the dresses that many of these singers and other performers wore in years past, you’d really see there was more creativity involved,” he said. “Lately though, over the last couple years… they just want to wear less and it almost doesn’t matter what the creative aspect is.”

Either way, Palumbo said the outfits are usually more interesting than the actual show.