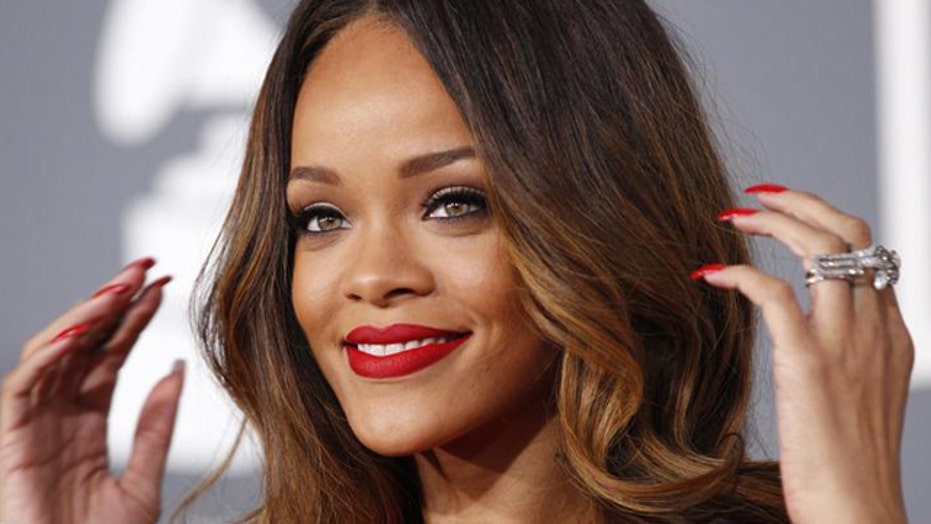 Because you have to keep your shirt on on Instagram

Calvin Harris and Rihanna dropped the music video for the song that Taylor Swift was once promoting.

Days after photos were released of the "Shake It Off" singer canoodling with Tom Hiddleston on a beach, Harris posted the official music video for "This Is What You Came For," starring a very sexy RiRi.

WATCH: Calvin Harris Unfollows Taylor Swift on Social Media as They Both Delete Photos of Each Other

The 28-year-old R&B star is seen seducing the camera with her eyes as she sings the seriously catchy song. "Baby, this is what you came for. Lightning strikes every time she moves, and everybody's watching her," Rihanna croons. "But she's looking at you."

Swift was all about Harris' track when it was released in April. "OMG," she excitedly Instagrammed along with the song's cover art. This week, she took down the post.

The 26-year-old singer -- who broke up with Harris in May -- was also on hand when the 32-year-old DJ performed with Rihanna at the Coachella Music Festival. "I’ll NEVER forget this moment,” Swift captioned a video from the night, calling it “so incredible.” She has also taken down that post.