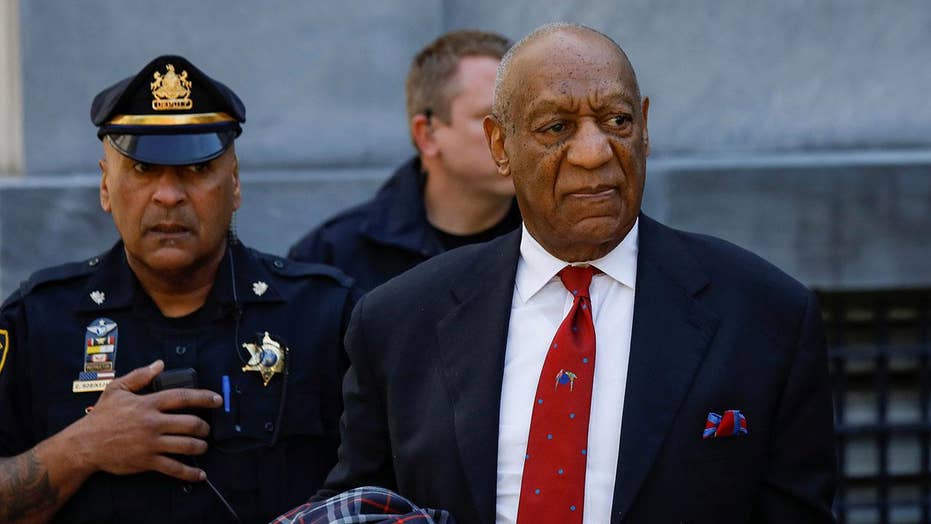 80-year-old faces up to 30 years in prison. Bryan Llenas has the latest developments.

Bill Cosby, the famed comedian who was convicted of drugging and assaulting a woman this week, was ordered by a judge Friday to remain on house arrest until he faces sentencing.

In addition to the home confinement order, Judge Steven O’Neill ordered that Cosby must also wear a GPS monitoring device.

A jury found Cosby guilty on three counts of felony aggravated indecent assault on Thursday and afterwards, the judge suggested that he would be permitted to move freely around Montgomery County.

However, O’Neill said Friday’s order was meant to “clarify” the restrictions, which included that Cosby was only allowed to leave his residence for pre-approved meetings with his lawyers or to seek medical care.

The eighty-year-old actor and comic legend is now facing up to 30-years in prison; Bryan Llenas reports from Norristown, Pennsylvania.

The disgraced celebrity remains free on $1 million bail, despite the district attorney’s attempt Thursday to have his bail revoked, claiming that it wasn’t high enough. The request was ultimately denied but only after Cosby reportedly launched into an expletive-laden rant upon hearing the request.

Cosby has maintained his innocence and his lawyer told reporters that they “very strongly” plan to appeal the verdict, adding, “We don’t think Mr. Cosby is guilty of anything and the fight is not over.”

The TV icon, known as “America’s Dad” for his role as Dr. Cliff Huxtable on “The Cosby Show,” was found guilty of violating Andrea Constand at his suburban Philadelphia home in January 2004.

Bill Cosby accuser Andrea Constand smiles as she listens during a news conference after Cosby was found guilty in his sexual assault retrial on Thursday. (AP Photo/Matt Slocum)

Constand, 45, testified that Cosby slipped her three blue pills he called “your friends.” She said she thought they were herbal supplements designed to help relieve her stress, but they knocked her out. When she awoke, she said, Cosby was violating her.

Cosby maintained he gave Constand the cold medicine Benadryl and that she consented to a sexual encounter.

His legal team was unsuccessful in proving that Constand was “greedy” and seeking to extort money from Cosby.

This was the second trial for the comedian -- the first ended in a mistrial in June 2017. Cosby could get up to 10 years in prison and a $25,000 fine on each of the three counts.