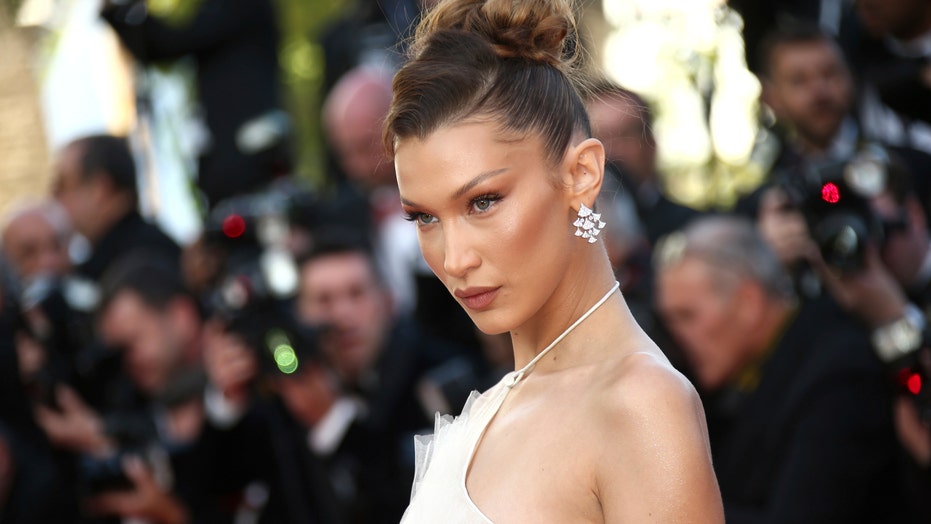 While Bella Hadid notably modeled for the Victoria's Secret Fashion Show on several occasions, it seems that she wasn't very happy during her time working for the lingerie juggernaut.

The model, 23, revealed at the Vogue Fashion Festival in Paris that it wasn't until September that she felt comfortable modeling lingerie -- and it wasn't for Victoria's Secret.

It was at Rihanna's Savage x Fenty fashion event that Hadid felt she had come into her own.

IS KIM KARDASHIAN WEARING THE RING SHE SAID WAS STOLEN IN PARIS?

“Rihanna’s amazing. For me, that was the first time on a runway that I felt really sexy," she said to director Loïc Prigent, according to Women's Wear Daily. "Because when I first did Fenty, I was doing other lingerie shows and I never felt powerful on a runway, like, in my underwear."

According to Hadid, the singer avoided giving any specific instruction for how to walk and act on the runway, which Hadid found freeing.

Bella Hadid walks the runway at the 2018 Victoria's Secret Fashion Show on November 8, 2018 at Pier 94 in New York City. (TIMOTHY A. CLARY/AFP via Getty Images)

“I like being another character. I think at this point I don’t necessarily love being myself sometimes,” she admitted. “Sometimes on the runway, you get either nervous or you forget how your legs move.”

Hadid also admitted that she's struggled with her mental health and feels "guilty" for achieving the success she has.

“For a while, I just didn’t want to talk about it, and I’ve gone through a lot in the past few years with my health,” said Hadid. “I feel guilty for being able to live this incredible life, have the opportunities that I do, but somehow still be depressed. It doesn’t make sense.”

LILI REINHART OPENS UP ABOUT DEPRESSION, BODY DYSMOPHIA STRUGGLES: 'IT'S SOMETHING THAT NEVER GOES AWAY'

The model struggled with depression from the beginning of her career, which demanded high amounts of time and energy.

“I would cry every single morning, I would cry during my lunch breaks, I would cry before I slept. I was very emotionally unstable for a while when I was working 14-hour days for four months straight as an 18-year-old. I think I just wanted to breathe a little bit. And so it kind of put me in a spiral,” she said."

Since then, Hadid has been very open about her struggles, frequently sharing messages on her social media platforms promoting mental health awareness.

“I just hope I can help in any way I can," she said at the Paris event. "I feel like I would be doing a disservice to myself if I didn’t speak about something such as mental health because that’s pretty much what I’ve been going through for the past five years very intensely. Now we’re here and we’re good, but it took a while,” she said.