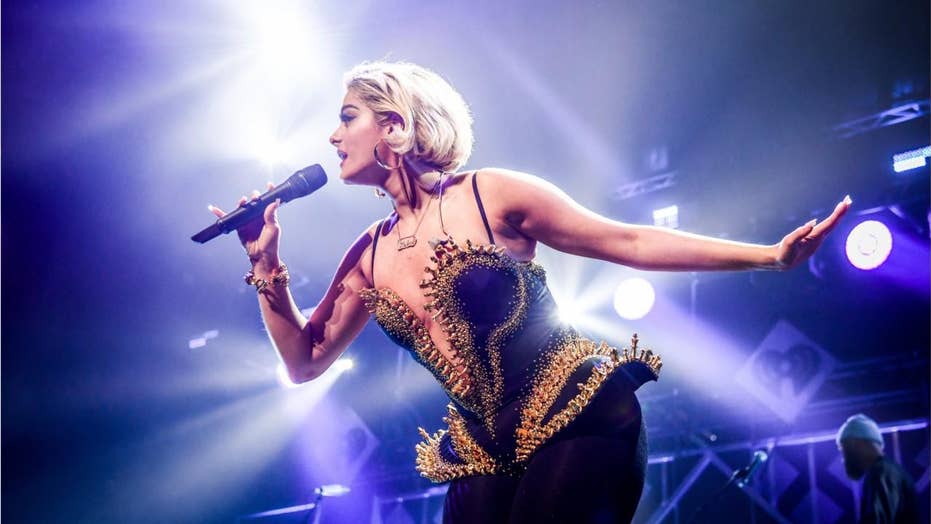 Bebe Rexha slams designers who allegedly told her she's 'too big' to dress for Grammys: 'F--- you'

Bebe Rexha is once again calling out fashion designers who allegedly told her she’s 'too big' to dress.

Bebe Rexha is once again calling out fashion designers who allegedly told her she’s “too big” to dress.

The 29-year-old pop star who scored a Grammy nomination for best new artist told her fans she’s finding it rather difficult to land a designer who will fit her for next month's awards show – and she shared her frustration on Monday in a video posted to Instagram.

“So, I finally get nominated at the Grammys and it’s like, the coolest thing ever. And a lot of times, artists will go and talk to designers and they’ll make them custom dresses to walk the red carpet,” Rexha explained to her fans.

“So, I had my team hit out a lot of designers, and a lot of them do not want to dress me because I’m too big. Literally, I’m too big,” Rexha lamented. “If a size 6/8 is too big, then I don’t know what to tell you. Then I don’t want to wear your f---ing dresses. ‘Cause that’s crazy. You’re saying that all the women in the world that are size 8 and up are not beautiful and they cannot wear your dresses.”

“So all the people who said I’m thick and can’t wear dresses: F--- you, I don’t wanna wear your f---ing dresses,” Rexha vented.

While it isn’t the first time Rexha has expressed her disdain for designers unwilling to dress her, the “Meant to Be” songstress isn’t the only entertainer who has struggled to find designers willing to create dresses for their red carpet walks. Comedians Leslie Jones and Megan Mullally have had similar hurdles to navigate in their quests to score wardrobe designs. In both cases, “Project Runway” star designer Christian Siriano came through in the clutch to deliver stunning garbs.