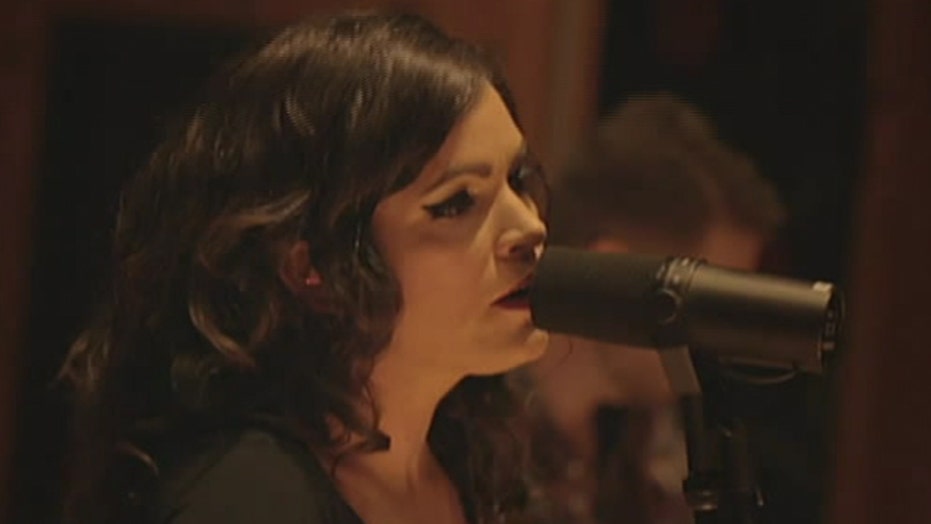 Country music singer Angaleena Presley, best known as one third of the group Pistol Annies alongside Miranda Lambert and Ashley Monroe, is branching out and debuting her first solo album“American Middle Class” October 14th. The Kentucky native told FOX411 Country about her personal album, embarking on this new chapter of her career, what she learned from Pistol Annies, and the status of the favorite trio now.

FOX411: What’s the status of Pistol Annies as you all pursue solo projects?
Presley: We've decided at some point we'll be Pistol Grannies together but we just had to make a choice and decide, you know, when Ashley and I didn't have that much going on it was easy to coordinate our schedules. We just had to take a little break but never say never.

FOX411: How does it feel to be releasing such personal songs?
Presley: This is my first time. So it’s like I’m discovering how it feels. It's really exciting in some ways and then in some ways it is… I'm used to having these two hot blondes who sort of anchor me and I'm sort of the brown hair girl in the middle. Now it's just the brown hair girl with all these stories about being down on her luck, and getting divorced, having a baby, and I don’t know… it's a mixed bag because I'm really excited about it.

FOX411: What’s it been like on the road with the Indigo Girls?
Presley: I’ve had such a good time. They have the best fans. Their fans are like this cult following and I didn't realize that I'm in the cult. Because I love them and I know all the words and every night at the show I’m always on the side of the stage... singing along but it is like a dream come true to be out with them because they were huge influences on me and I learned their songs when I was learning to write. So it's very surreal to be out with them and have Emily (Saliers) sing on my record.

FOX411: Has the success of Pistol Annies helped you down this new journey?
Presley: Sure it helps. That’s just one of the best things that could have ever happened to me. Especially with the networking and the relationships and the people I’ve met with Pistol Annies. Most of all, the fans. Our project was fan driven 100 percent. We put this little record out not expecting it to do anything. It was just three girls having a good time, a girl party, "Let's just invite everybody," and we did and everybody came! It blew up. We just couldn't believe it. We have the best fans in the world. So to me that’s the biggest advantage, is just so many people know about our music and if you like our music you're going to like my music because it's very similar.

FOX411: What are some of the perks of getting to work with friends like Miranda Lambert and Ashley Monroe?
Presley: I've learned so much from them. They taught me how to put fake lashes on before I met them it’s like, what? Falsies? But… they taught me so many things that… I kind of got thrown into this. I was a single mom, just recently divorced. A songwriter in Nashville. The biggest place I had ever played was The Bluebird Cafe. So the next biggest place I played was MGM Grand in Las Vegas at an awards show in front of like 1.2 million viewers and I think there were like 30,000 people in the audience. So needless to say I jumped in right with the big fish and luckily, Miranda is a shark and she taught me so much and I'm just thankful for having her as a mentor.