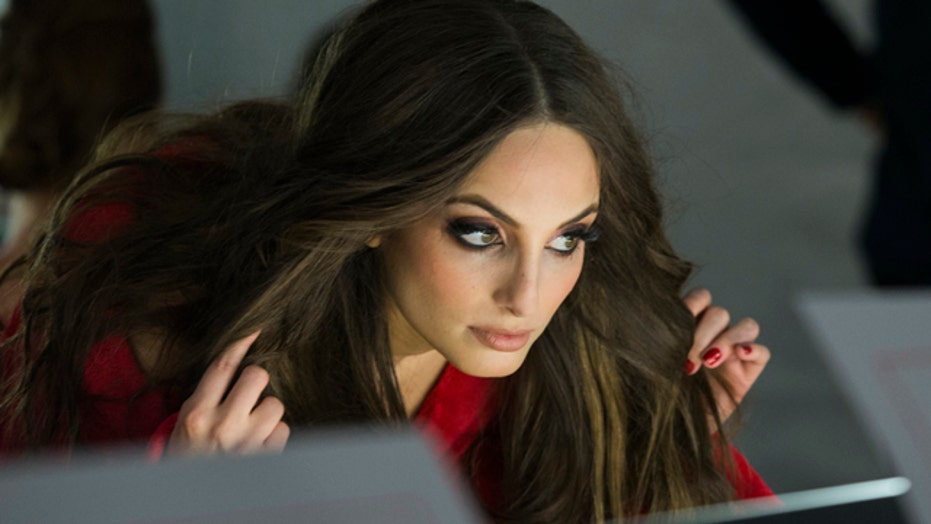 Alexa Ray Joel on Beauty Tips She Learned From Mom

The apple doesn’t fall far from the tree.

The jaw-dropping snaps were taken by the 33-year-old’s fiancé, New York City restauranteur Ryan Gleason. The couple announced their engagement in January 2018.

While Joel didn’t list the exact location of her beach getaway, it is believed she was soaking up the sun in Turks and Caicos where her mother, 64, was recently spotted catching some waves.

Joel wore a coral halter bikini that expertly showcased her curves with a matching robe. She accompanied the photo with personal lyrics she wrote.

In one video, Joel credited her mother for setting up the tropical vacation.

“Thank you to my Sunshine Mamacita for these ‘souvenirs of splendor,’” she wrote. “As my siblings, my fiancé, and our extended family of beloveds — none of us would have the good fortune to take part in ‘this side of paradise’ every holiday season, were it not for my GEM of a Mother @ChristieBrinkley. Alas now that it’s all over, Joni Mitchell’s bittersweet line beckons: ‘don’t it always seem to go, that you don’t know what you’ve got ‘til it’s gone’!’”

This isn’t the first time Joel unveils her beach bod to fans. Back in 2017, she joined her mother and younger sister Sailor Brinkley Cook, now 20, to pose for Sports Illustrated Swimsuit.

At the time, Joel told New Beauty she never imagined herself appearing in the magazine.

“I have to be honest, my initial thought was, ‘Why would they want me?!? I’m not a model!’” admitted Joel. “I’m a bit of an introvert, to say the least, so I’m not one to jump headfirst into situations I’m unfamiliar with. But once I heard it was going to be a family affair and that I’d be posing with my mom and sis in our home away from home, ‘Lucky House’ in Turks and Caicos, I just couldn’t say no.”

WHERE DOES ALEXA RAY JOEL GET HER INSPIRATION?

“Another part of what made me want to do this — again, speaking as a non-model — is the fact that Sports Illustrated is one of the VERY few magazines that showcase women of all shapes and sizes, who don’t just fit in with one singular ‘model standard’ of beauty, which is such a rarity these days. So I think it’s important for all the young women out there to see that. And hey, I’m a mere 5’3”… so, if I can be featured as a model in Sports Illustrated, anyone can!”

Joel revealed that to prepare for her shoot, she drank “endless amounts” of coconut water, as well as organic fruit and yogurt smoothies. She also ditched pasta for a month and instead, ate two eggs on whole wheat toast for breakfast every day.

Joel also said having Brinkley by her side was essential.

“Mom is like my little pocket of sunshine,” she explained. “I always say she’s the ‘sun to my moon.’ Since it was my first time posing in a bathing suit, and this is something I NEVER imagined I’d ever be doing, mom was so unconditionally loving and encouraging about it all. … She’s always looking out for me.

“We were picking out swimwear together in the fittings before the shoot, and she was showing me how to pose to angle my body in a way that accentuates the curves. … She also encouraged me to smile more in photos. I’ve never loved photos of myself smiling, but mom has helped me learned to love my smile, little by little, over the years.”

And Joel has always relied on her folks for support. Back in 2015, she told Fox News that her father has greatly influenced her as she embarked on her own career as a solo artist, all while making a name for herself.

She described how her father would support her by quietly catching some of her performances while wearing a cap to avoid being recognized.

“He can transcend genres and do of these different voices,” she shared. “He can do that more doo-wop, Frankie Valli and the Four Seasons sound that he does on ‘52nd Street,’ but he can be more of a classic rock ’n’ roll guy, which he does on ‘Glass Houses.’

"I learned about embracing all different genres as opposed to just getting attached to one. I just learned so much from him. He’s like a musical encyclopedia.”

And as for Brinkley? Joel said she’s inherited plenty of style from her mom.

Joel previously told Fox News it was Brinkley who encouraged her to be confident, as well as to embrace herself, inside and out.

“I’ve learned pretty much everything from my mom,” said Joel. “She’s taught me a lot about just taking care of yourself — skin care, great makeup tricks. She’s very good at putting together that very effortless-style look… [And] she’s got the best style. She’s really the most stylish woman I know. I’m just trying to keep up!”