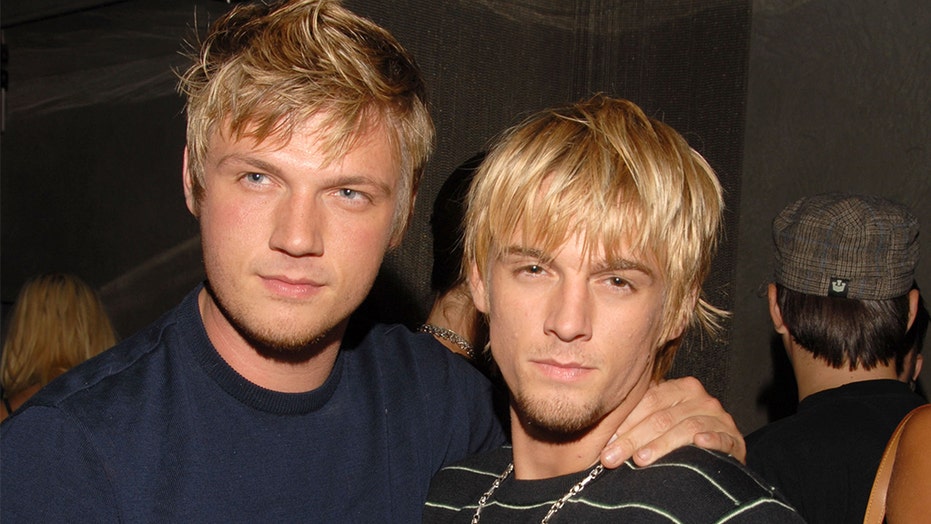 Nick previously took to Twitter to explain that a pattern of erratic behavior had prompted him and their sister, Angel, to seek restraining orders against Aaron, which they both reportedly now have.

Entertainment Tonight reports that Aaron was a no-show in court as a judge granted Nick’s request, barring his younger brother from contacting Nick and his family until Nov. 2020.

Representatives for Nick did not immediately respond to Fox News' request for comment.

He addressed his ongoing family issues in a recent Instagram video in which he spoke to the camera while laying on a bed with his dog.

"I just wanted to talk to the fans real quick and say that, I know there’s been a lot of stuff going on with the court dates and all that. I wish my family the best," he says in the video. You know, it’s been a very stressful situation. There’s a lot of haters out there and… you know… It is what it is and it’s, like very hard to get through."

In his September tweet, Nick explained that he ultimately made the decision to take legal action after Aaron gave him reason to fear for his family’s safety.

“After careful consideration, my sister Angel and I regret that we were required to seek a restraining order against our brother Aaron today," the 39-year-old singer stated.

He continued: “In light of Aaron's increasingly alarming behavior and his recent confession that he harbors thoughts and intentions of killing my pregnant wife and unborn child, we were left with no choice but to take every measure possible to protect ourselves and our family.”

"We love our brother and truly hope he gets the proper treatment he needs before any harm comes to himself or anyone else,” the statement concludes.

The news comes just one day after Angel was granted a similar restraining order against Aaron. The embattled star took to his Instagram Story shortly after his court appearance to accuse her of lying in court.

“I am devastated by what happened in court today," Aaron wrote on his Instagram Story. "My sister lied over and over in an effort to take away my 2nd Amendment rights and she did it on behalf of my brother [Nick Carter] to silence me talking about how he raped and sexually assaulted multiple women. I will abide by the judge's order, but I will not stop speaking on behalf of victims such as Melissa Schuman. I am saddened by my family and what they have done to me. Your lives have broken my heart."

He was reportedly ordered to stay 100 yards away from Angel, her husband, their home and their respective places of work. He’s also barred from harassing or threatening them on social media in any way. The judge's ruling merely extends a previously granted restraining order.