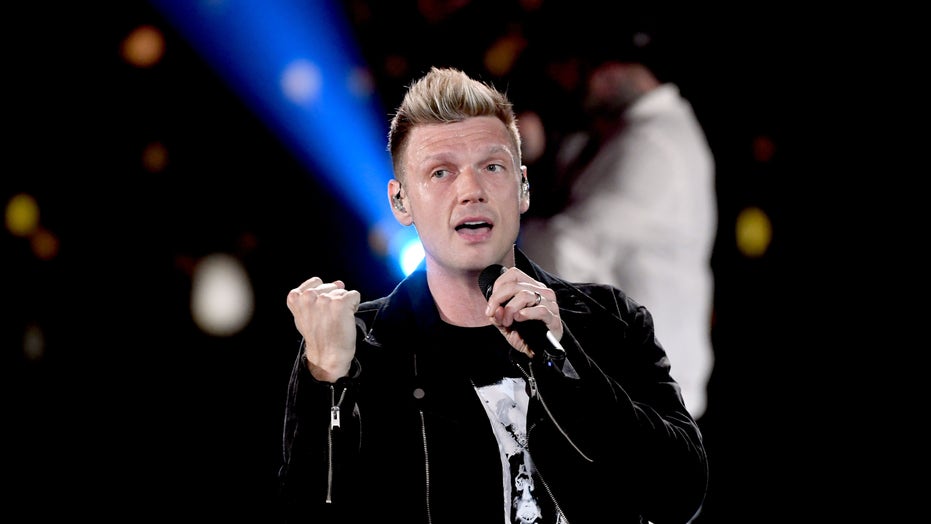 Backstreet Boy Nick Carter and his wife Lauren Kitt Carter have shared their first photo of their newborn baby and revealed her name.

The couple introduced Saoirse Reign Carter to the world on Wednesday, one week after she was born.

“To my incredibly strong wife…For 2 years I watched you endure some of the hardest things a husband could ever witness,” the 39-year-old singer captioned a photo from the hospital of him kissing his wife’s forehead as she holds Saoirse against her chest. “Going through the ups and downs of pregnancy all in the hopes that just maybe, with a little help from up above, we would get to this point.”

The lengthy post continues, “I’ll never forget the moment You asked me what I wanted for my birthday, I said nothing. But deep down inside I knew what I really wanted. So on January 28th 2019 when I walked out of that bathroom with that positive test I already knew that Saoirse was coming back to us. I just want to thank you for giving me the Life, Love and family that I always wanted. You are a true Warrior and I love you.”

Saoirse is the second baby for the couple, who welcomed their son Odin in 2016. The new baby also comes after they revealed Lauren, 36, suffered a miscarriage in 2018.

Carter posted a photo of his daughter’s hand over the weekend, writing, “Daddy’s little girl.”

Amid the happy baby news, Nick has been embroiled in family drama with his younger brother Aaron. Just before her birth, Nick and his sister Angel filed for a restraining order against Aaron, 31, who Nick says allegedly threatened his wife.

On Friday, Aaron tweeted and deleted an attempt to make amends with Nick, writing, “I’ve been very hurt by the fact that my big brother has not made an effort to be part of my life for a long time. So therefore, I lashed out and said some hurtful things I did not mean to say. I love my brother. I love my family, and all I want is peace and love for everybody.”