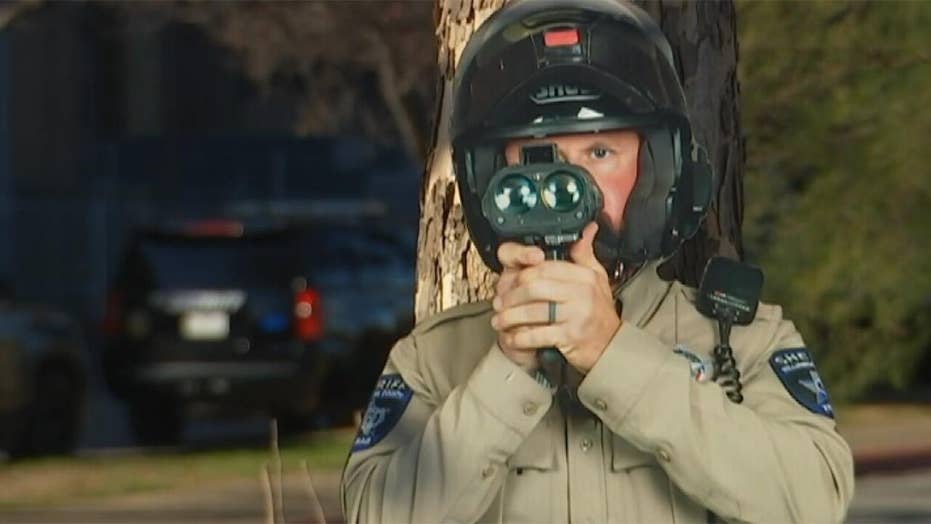 Williamson County Sheriff Robert Chody is testing out the effectiveness of cardboard crime fighters by stacking them in school zones.

A driver trying to avoid a speeding ticket didn’t get one, but she’s still out $2,600.

So they used the license plate captured on camera to track down the car and discovered it was equipped with a laser jamming device, which is legal to sell but not use for this purpose.

The Laser Park Pro is one of many products that are technically parking sensors, but work on the same frequency as police laser guns and are marketed by retailers as such.

The British Crown Prosecution Service suggests jail sentences of between four and 36 months for violators, according to inews.com. Brown, whose car also had a speed and red light camera detector installed, was handed a nine-month suspended sentence along with a 2,000 pound fine, which currently converts to $2,600.

"Today’s court result shows; if you are found to be using the device to pervert the course of justice, you face a criminal record and a very large fine," North Yorkshire Police Traffic Constable Andrew Fort said.

"My advice to those who have these devices fitted to their vehicles, who think they are untouchable, is — remove it,”

While federal law prohibits the use of radar jammers across the U.S., laser jammers are legal in most states, although the following have explicitly banned them: California, Colorado, Illinois, Minnesota, Nebraska, Oklahoma, South Carolina, Tennessee, Texas, Utah, Virginia, Washington D.C.

Penalties vary from state to state. For instance, in Texas the maximum fine is $500 while violators in Utah can get up to 90 days in jail along with a $750 fine.