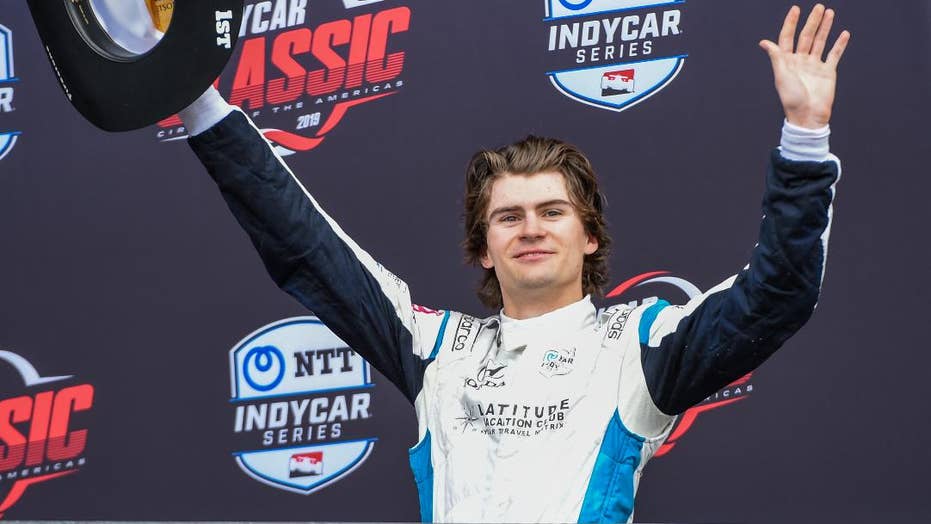 Kyle Kaiser has never been happier to come in last place.

The 23-year-old Indycar driver qualified for the 33rd and final starting spot at the Indy 500 in an unsponsored car, knocking two-time Formula One champion Fernando Alonso out of the event.

Kaiser wrecked his Chevrolet-powered car during practice on Friday and had to endure the drama of Sunday’s “Last Row Shootout,” where six drivers were vying for the last three spots on the grid.

His Juncos Racing team didn’t even send him out for practice laps in the morning as it put the finishing touches on the backup car.

"We decided not to practice that was a key decision because it allowed us another four, five hours to work on the car," team owner Ricardo Juncos said.

Alonso and his well-funded McLaren team had been struggling with technical issues all week, compounded by his own crash during practice on Wednesday. Alonso was sitting in 33rd place when Kaiser went out for the final qualifying run of the day and put up a four-lap average speed of 227.372 mph that beat the Spaniard by .02 mph and make his second consecutive Indy 500.

Kaiser (hat) celebrated with his team after qualifying for the race. (AP)

Kaiser tweeted after the result:

After securing the starting spot, Juncos said his phone has been buzzing with potential sponsors and he expects to have the car covered with logos by the time pole-sitter Simon Pagenaud takes the green flag on May 26.