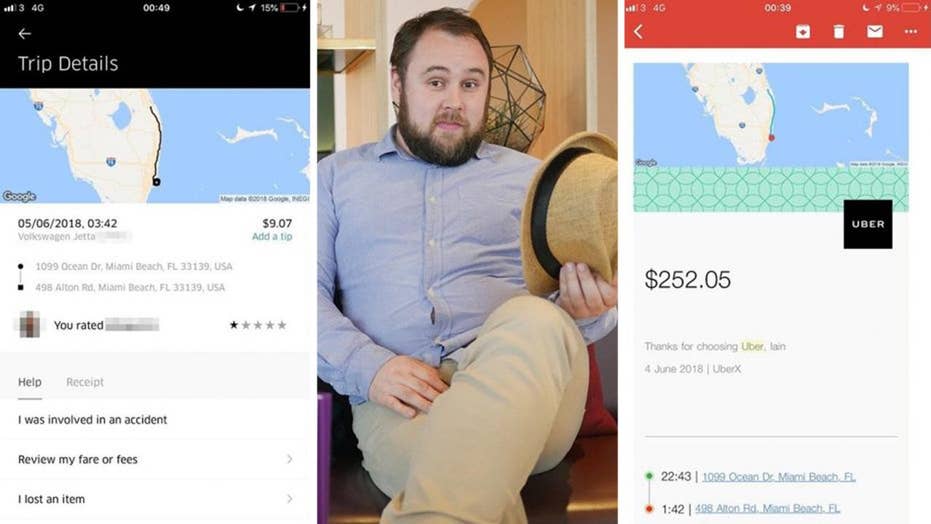 Tourist in Florida charged $250 for ride when driver dropped him off, then drove 115 miles before ending the fare hours later.

An Uber passenger was taken for a ride by an allegedly crooked driver in Florida last month, and he wasn’t even in the car.

Iain McHenry was visiting Miami from England when he booked a $9.07 ride to his hotel on the evening June 4, only to wake up the next morning to find that he’d been charged $252.05 for the seven-minute trip.

It turns out that the driver had continued on to Port St. Lucie 115 miles away, then returned to the hotel hours later before ending the fare.

McHenry told SWNS that Uber initially refused to refund the fare when he challenged it and only agreed after he sent the company data from the Google Timeline feature on his phone that showed that he’d been in the hotel during the duration of the car’s journey up and down the coast.

“I believe the driver targeted me as a tourist,” McHenry said.

"Considering where he was dropping us off, and our accents, I think he knew what he was doing.”

The large charge also overdrew McHenry’s debit card account, and Uber told him it won’t refund him the $13 bank fee. He said he’ll unlikely use the ride hailing service again.

Uber told SWNS that it has suspended the driver and is currently investigating the incident.