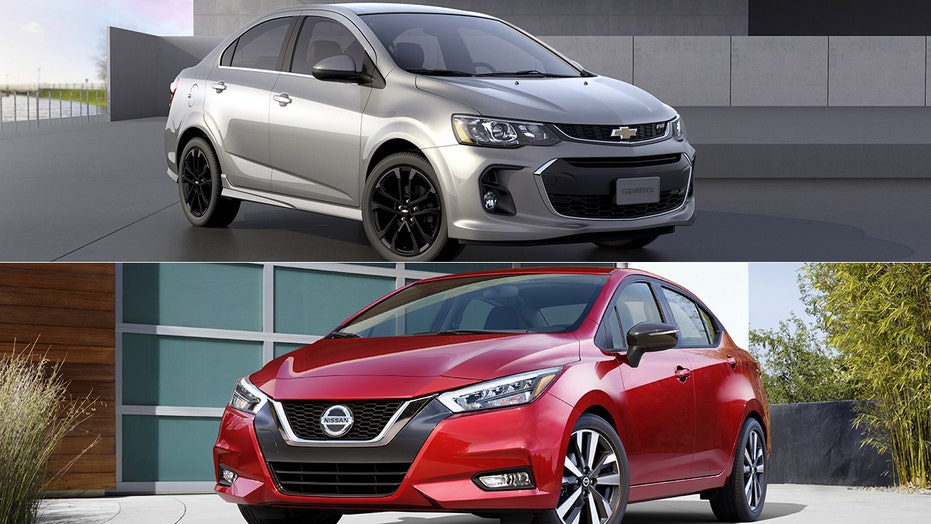 With automotive evolution favoring trucks and SUVs in recent years, sedans have become an endangered species. Especially the cheap ones.

Some brands have completely eliminated them from their lineups, and more are likely on the chopping block. But there are a few holdouts for budget buyers who’d rather have a trunk than a hatchback, and these are the lowest-priced models you can get in 2020:

The compact Chevrolet Cruze is dead, but the subcompact Sonic lives on … for now. Also offered as a hatchback, the Sonic last received a facelift in 2017 and comes standard with a 6-speed automatic transmission and 138 hp turbocharged four-cylinder engine rated at 34 mpg.

The Kia Rio is built on the same platform as the Hyundai Accent mentioned below and shares many of its features, including the 120 hp four-cylinder engine, but has very different styling and only comes with an automatic transmission with a 41 mpg highway rating.

Hyundai is very much in the SUV game and even has a pickup on the way, but the Accent remains in the lineup as a testament to the automaker’s economy car heritage. Powered by a 120 hp four-cylinder, the subcompact is rated at 39 mpg highway with a six-speed manual transmission and 41 mpg with the automatic. Entry-level models are pretty basic, but optional equipment includes automatic emergency brakes and a trunk that can be opened by standing next to it with the key in your pocket.

The Mirage G4 is the smallest sedan on sale today and its 78 hp three-cylinder engine is the least-powerful motor, period. A 0-60 mph acceleration time of just under 13 seconds makes it the slowest of all cars, but the tradeoff is a fuel economy rating of 40 mpg with a five-speed manual transmission and 41 mpg with the optional CVT automatic that adds $1,255 to the price.

The Versa isn’t just the cheapest, but it delivers the most bang for the buck. Along with a roomy interior and huge trunk, it has standard front and rear automatic emergency brakes. Its 122 hp four-cylinder engine is good for 40 mpg highway with the available CVT automatic transmission and the Versa is the only mainstream subcompact sedan to offer optional radar cruise control.