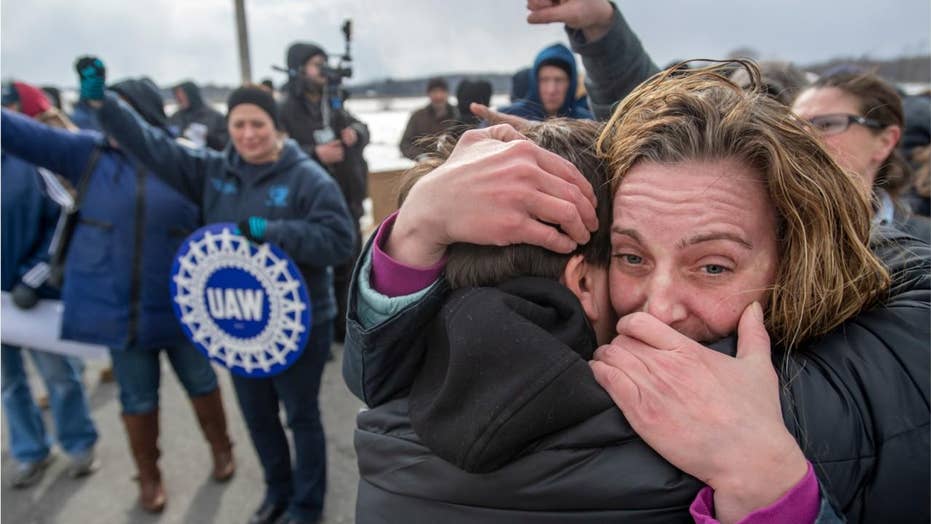 Union workers rally in support of their now unemployed colleagues as Lordstown, OH GM plant idles to a stop, rolling the final Chevrolet Cruzes off the assembly line.

If you want to see the last Chevrolet Cruze built in Ohio, you’ll have to go to a Chrysler dealership.

Columbiana Chrysler Jeep Dodge Ram owner John Kufleitner recently bought it from Mary Pipino, who won it in a charity auction benefiting the United Way with a $35,000 bid.

Kufleitner said he didn’t participate in the auction because he hoped one of the local Chevy dealers would buy the car, which rolled off of the Lordstown Assembly line on March 6. When he heard that none of them did, he reached out to Pipino, WKBN reported.

“I paid her what she paid and then we made a contribution to the United Way,” Kufleitner said.

Following months of criticism from President Trump for ending production at the facility, General Motors announced in May plans to sell it to electric truck startup Workhorse, although the deal is still in the works.

GM CEO Mary Barra said last week in Washington, D.C., that the automaker has no plans to produce another vehicle of its own there.

“I’ve had a lot of family members and friends and neighbors that worked at the Lordstown plant. So let’s be honest, that plant’s a part of all of us,” Kufleitner said.

He said eople can come to check out the car in the showroom and take pictures with it and that he may move it to his vintage car gallery in nearby Salem someday.