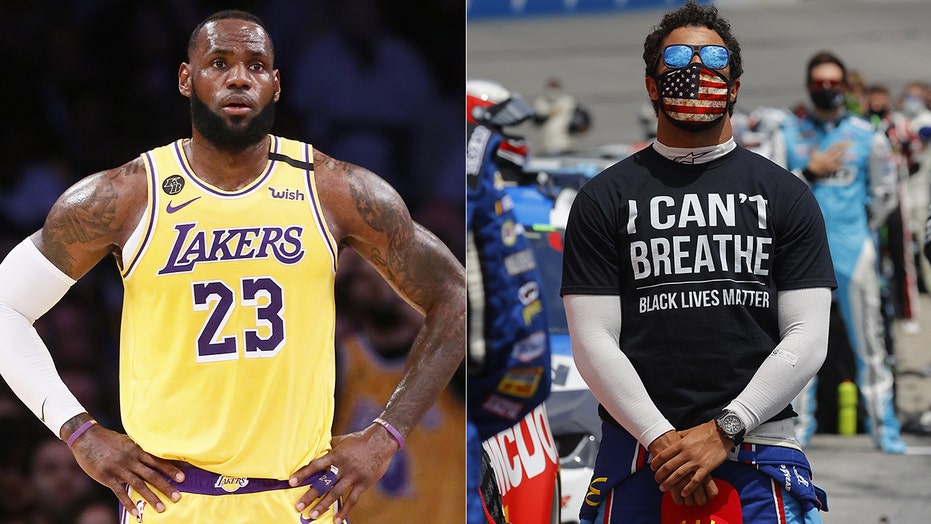 LeBron James called the news that a noose was found in Bubba Wallace’s garage at Talladega Superspeedway “sickening!” and said he’s proud of the African-American driver for taking a stand against racism in the motorsport.

The NBA star has been one of Wallace’s highest-profile supporters since the Richard Petty Motorsports driver became an outspoken proponent of the Black Lives Matter movement and pushed for a ban on the Confederate flag at NASCAR events.

NASCAR reported the discovery on Sunday night after the Geico 500 was postponed to Monday due to weather and said it has launched an investigation with local law enforcement and will eliminate anyone behind the “heinous act” from the sport.

Approximately 5,000 tickets were issued to fans for the race, but only team members, track staff and media were allowed in the garage area due to safety precautions put in place to help stem the spread of the coronavirus. NASCAR has not released further details on the incident, but Wallace himself reportedly did not see the noose.

Earlier in the day, several vehicles were spotted outside of the Alabama track displaying Confederate flags and a plane flew overhead trailing one with the message "Defund NASCAR" behind it.

Following his call to ban the flag, Wallace said his father told him he was worried about his safety.

James previously gave Wallace a shoutout on Twitter for the Black Lives Matter paint scheme his Chevrolet Camaro featured at Martinsville Speedway and blasted NASCAR Truck Series driver Ray Ciccarelli on Instagram for saying he would retire because of the flag ban.