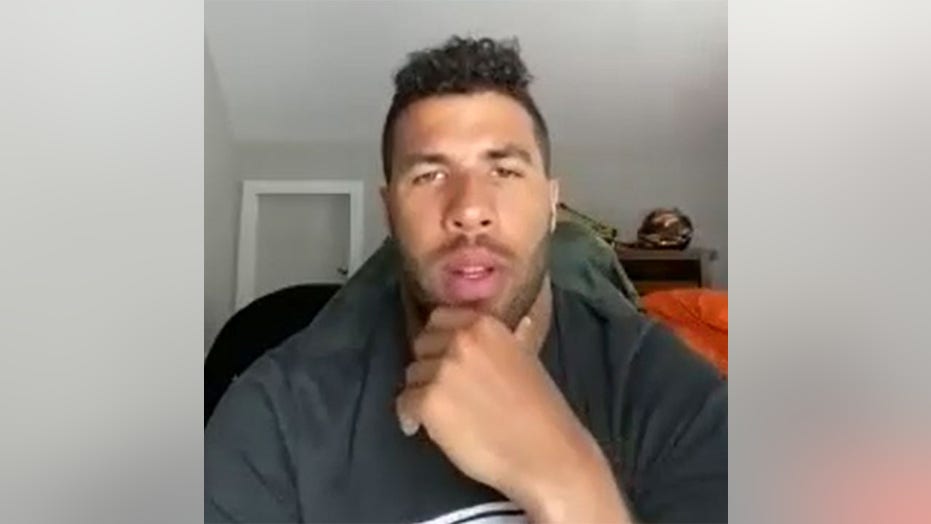 The African-American driver is the face of NASCAR’s support of the Black Lives Matter movement, which was cemented this week when the sport announced it was banning the display of the Confederate flag at its events.

But due to the coronavirus pandemic, it hasn’t had any fans in attendance at its races since March. That will change this Sunday, when 1,000 guests from the local U.S. military community will be at Homestead-Miami Speedway, and will be followed next week in Talladega, Ala., where 5,000 tickets will be sold for the 175,000-seat venue.

“I would love to see us get back to normal and allow fans to come back at full capacity just to see how much more diverse or different demographics we bring in,” Wallace told Fox News Autos.

The 26-year-old has become a household name in recent days for his call to ban the controversial flag and the Black Lives Matter paint scheme featured on his car at Martinsville Speedway, which got a shout out from several superstar athletes including LeBron James.

Wallace said his father, who is white, told him he’s proud of what he is doing on and off the track, but also worried about his safety.

“Just crazy you have to think about that side of things.”

While he believes getting rid of the Confederate flag will make people feel more comfortable at the tracks, he said he’s never had any personal issues to speak of and always has had a good time hanging out with the fans in the infield.

However, while he knows he’s had it better than many African-Americans, he said his own experience with law enforcement is resonating with what’s going on today.

“The negative encounters I’ve had with law enforcement were very few, but they stood out,” including being pulled over by police and asked if he can afford the car he’s driving.

Wallace, who grew up in the heart of NASCAR country near Charlotte, N.C., said his own fame has gotten him out of some situations where others wouldn’t have been so lucky and he thinks that's wrong.

“No matter who you are, what profession you have. Joe Shmoe from down the street. You know, we should all get treated equally, but that’s just not how the system works.”

Along with the Confederate flag ban, NASCAR has relaxed its rules on silent protests during the playing of “The Star Spangled Banner.” Asked on a media call if he would join others who kneel during the national anthem, Wallace, who has been wearing an “I Can’t Breathe/Black Lives Matter” T-shirt before races, said he’s still studying the issue.

“I think the messages I’ve been putting out there on the race track during the anthem is speaking for itself.”