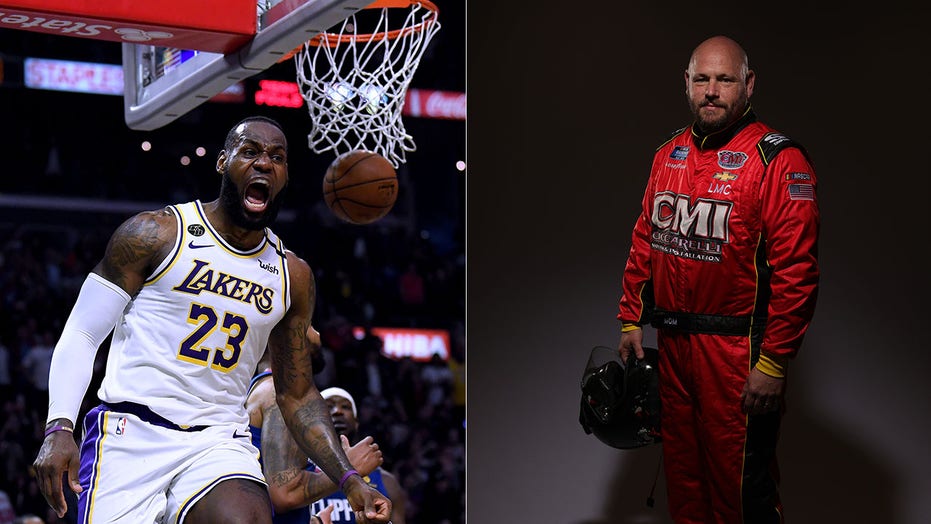 Texas Democratic Rep. Al Green weighs in ahead of President Trump's address on police reform and the economy.

LeBron James gave NASCAR driver Bubba Wallace a shout out this week for the Black Lives Matter car he drove at Martinsville Speedway, but there's another driver he's just shouting down.

Following NASCAR's announcement that it would ban fans from displaying the Confederate flag at events, part-time Truck Series driver Ray Ciccarelli posted to Facebook on Wednesday that he was quitting the series and selling his team.

“I don’t believe in kneeling during Anthem nor taken ppl right to fly what ever flag they love,” he wrote. “I could care less about the Confederate Flag, but there are ppl that do and it doesn’t make them a racist all you are doing is (expletive) one group to cater to another and i ain’t spend the money we are to participate in any political BS!! So everything is for SALE!!”

Ciccarelli's statement went viral and received enough backlash that he deactivated his Facebook and Twitter accounts, but his story still got in front of James.

Late Thursday in California, the L.A. Lakers star wrote in an Instagram story "Bye Bye!! I can probably say they won't miss you!" with a link to a Complex article on Ciccarelli accompanied by an image of him with a clown face superimposed onto his body.

“I wasn’t raised the way people are portraying me to be. That’s just not me,” Ciccarelli stated. “I am not that type of person. Just the attack — my wife, my family have been attacked and abused on social media. It’s just heartbreaking.”

Ciccarelli accused NASCAR of flip-flopping on the Confederate flag and standing during the national anthem issues and said he was frustrated that the series hadn't reached out to drivers before announcing the policy changes. In an interview with WJZ-TV in Baltimore, the Maryland native said he was already thinking about retiring and that this week's announcement "broke the camel's back."

“I feel everybody has a right to their opinion. And that was my opinion. I believe people can kneel, and protest and do what they love and support and all that. I wasn’t trying to offend anybody. That’s not something that I wanted to do in any shape or form,” Ciccarelli told TobyChristie.com.

Ciccarelli's not done with racing just yet, however. He plans to try to qualify for the Truck Series race at Homestead-Miami Speedway on Saturday night and said he's not sure if he's actually going to sell his team.

Following Ciccarelli's post, Bubba Wallace told the Today show on that “I would encourage NASCAR to really step up and look at that if he ever tries to reinstate.”