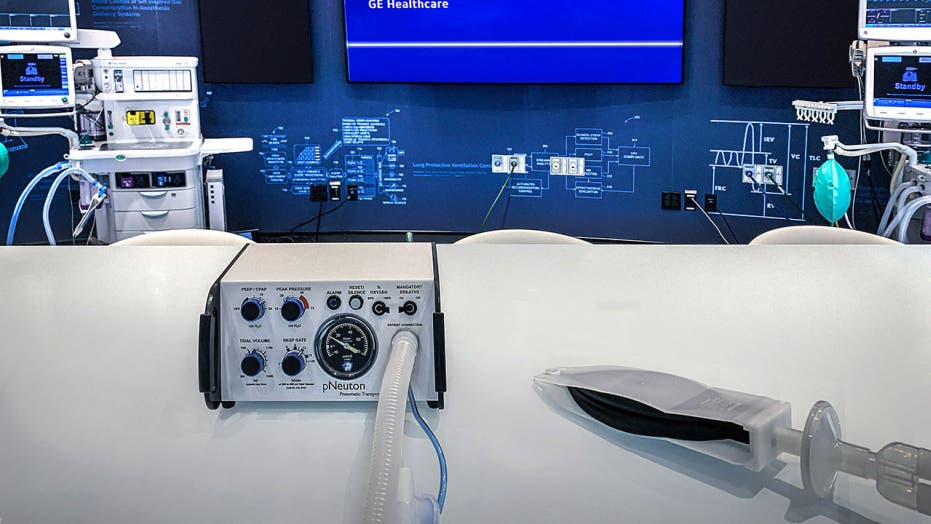 Ford promises to produce 50,000 ventilators in fight against coronavirus

Ford Motor Company's Jim Baumbick on how Ford plans to help alleviate the shortage of ventilators in U.S. hospitals.

Ford and GE have signed a $336 million contract with the federal government to build ventilators for the coronavirus fight.

The order comes under the terms of the Defense Production Act (DPA) and calls for 50,000 units to be delivered by July 13, according to the Department of Health and Human Services.

Ford and GE announced in March that they were teaming up to mass-produce a licensed ventilator design at Ford’s Rawson Components Plant in Michigan, on “Trump time” and said they would be able to build 50,000 by July 4.

The Airton Model A-E is a relatively basic model that costs roughly $7,000 and is sufficient for treating COVID-19 patients, according to Tom Westrick, GE Healthcare vice president and chief quality officer. It is compatible with masks and intubation and operates pneumatically via its oxygen supply without the need for electricity.

HHS has also awarded a $489.4 million contract to General Motors and Ventec to supply 30,000 critical-care ventilators for the national stockpile.