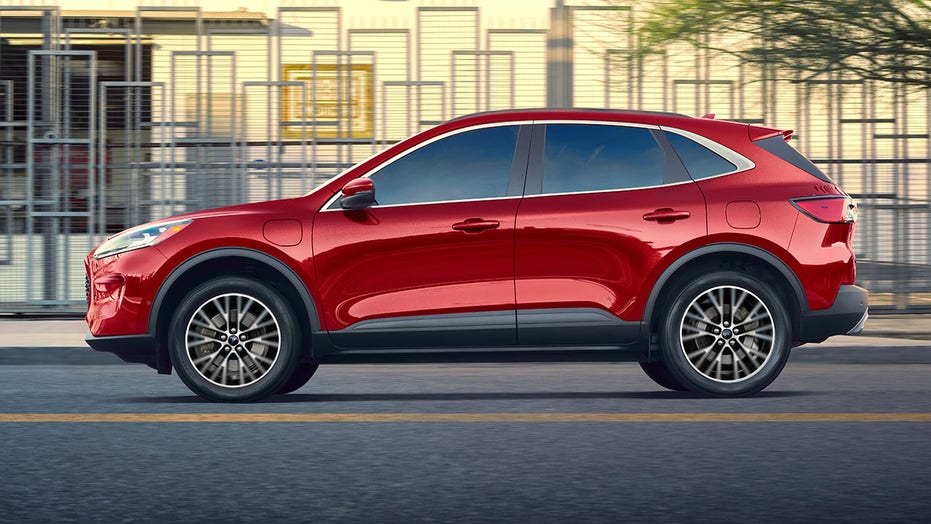 Ford has claimed the title of most fuel-efficient hybrid compact SUV with a new plug-in version of the Escape that has earned an EPA rating of 100 MPGe, or miles per gallon equivalent.

The Escape Plug-In Hybrid can cover 37 miles in all-electric mode, or operate in a traditional hybrid fashion that uses its four-cylinder gasoline engine for longer trips while delivering fuel efficiency of 41 mpg combined. The total system output is 209 hp, the same as the standard Escape Hybrid. The MPGe figure estimates the efficiency during a typical day of driving that begins with a fully-charged battery. Charging times for its 14.4-kilowatt-hour battery pack are estimated at 10-11 hours on a 110-volt outlet, or 3.5 hours using a 240-volt Level 2 charger.

The plug-in Escape will be available in three trim levels starting at $34,285, including destination charges, when deliveries begin in a few weeks, and it will be eligible for a federal tax credit, but the final amount has not been released.

What’s set to be the Escape’s top rival, the upcoming Toyota Rav4 Prime plug-in hybrid, has a starting price of $39,220, but comes standard with a 302 hp all-wheel-drive powertrain and qualifies for a $7,500 tax credit. Toyota is still waiting for the official EPA rating, but estimates that it will be 94 MPGe with an all-electric range of 42 miles.