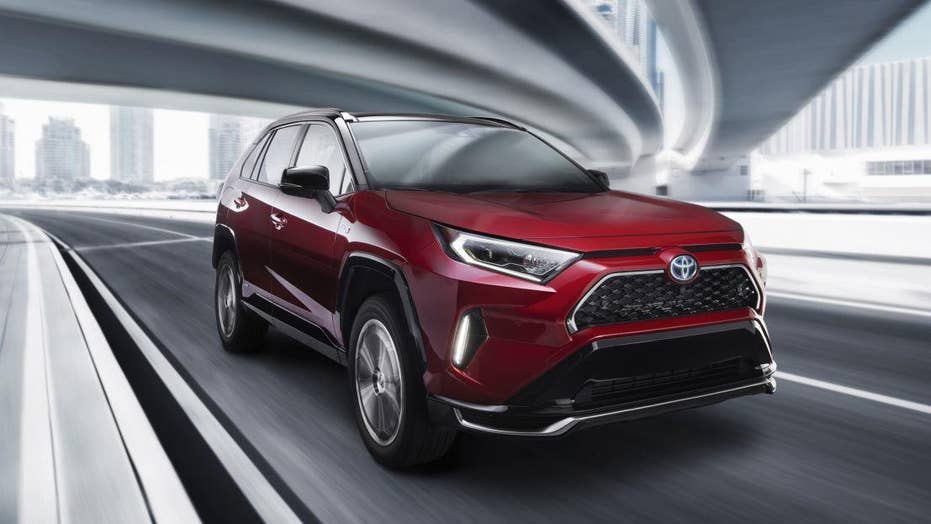 Fox News’ Gary Gastelu explains why the Toyota Rav-4 hybrid is the best-selling car in America.

After getting behind the wheels of 80 or so new cars this year, my pick for the best of the bunch is one of the first ones I drove: the Toyota Rav4 Hybrid.

I spent a week in one back in February before it was even on sale and came away thoroughly impressed. I’ve driven a parking lot full of compelling vehicles since then that includes the Tesla Model 3, Ford Mustang Shelby GT500 and Kia Telluride, but the one I’ve recommended to the most people is the Rav4 Hybrid.

And I’m not alone. With well over 400,000 delivered, the Rav4 is the best-selling vehicle in the U.S. this year that’s not a pickup truck, and the Hybrid model has been making up about 25 percent of those sales in recent months. Toyota said it could probably double that number if it was able to build enough of them. It’s easy to see why.

The entire Rav4 lineup provides more room and refinement as you could expect in a mainstream compact SUV, but the Hybrid does it while getting 40 mpg combined. It also comes with a standard all-wheel-drive powertrain that’s rated at 219 hp, making it the most powerful Rav4.

But the kicker is that at a starting price of $29,220 in 2020, the Rav4 Hybrid costs just $850 more than the less powerful conventional AWD model. Even at today’s low gas prices, the average driver will recoup that at the pump in less than three years.

Toyota is shifting Rav4 Hybrid production from Canada to Kentucky to increase production in order to satisfy demand but is also introducing a new model next summer called the Rav4 Prime that may create plenty more. It’s a plug-in hybrid version of the Rav4 that Toyota expects will have an EPA rating equivalent to 90 mpg, an all-electric range of 39 miles and 302 hp, which will make it Toyota’s second-quickest model behind the Supra sports car.

Depending on the price, I expect it will be a quick-seller, too.

What was the best car YOU drove this year? Follow Fox News Autos on Facebook and let us know