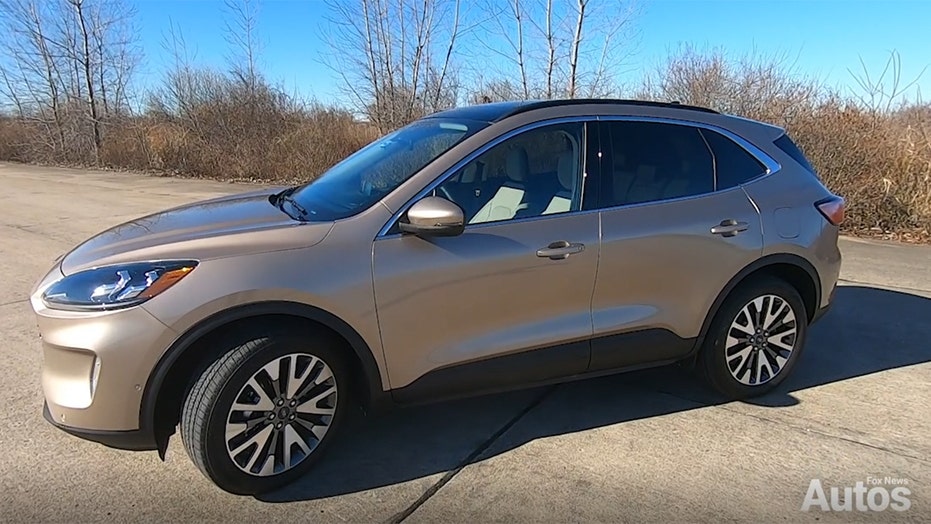 Oh, it’s an all-new vehicle, but a long-missing feature is returning to the lineup for the first time in years.

It’s a hybrid powertrain. Ford offered the Escape with one from 2005 to 2012, but it skipped the last generation of the compact SUV.

It arrives just in time, too, as the market has shifted toward utility vehicles and the Toyota Rav4 Hybrid is not only the best-selling hybrid in the U.S. but one of the hottest vehicles on sale today. Toyota literally can’t make enough of them to meet demand.

The all-wheel-drive hybrid Escape is rated at 40 mpg combined, which is the same as the Rav4 Hybrid, but the Ford comes at a higher starting price. The Rav4 can be had for as little as $29,220, while the lowest-priced all-wheel-drive Escape SE Sport Hybrid is $30,960. Ford also offers a front-wheel-drive model for $29,460 that gets 41 mpg.

Like the previous edition, which remains a staple of many taxi fleets, the Escape’s powertrain combines a 2.5-liter four-cylinder engine, two electric motors and a CVT automatic transmission. But it’s nearly 40 percent more efficient and much more powerful now, putting out a combined 198 hp that's just a little shy of the Rav4’s 219 hp. (If hybrids aren’t your thing, the 2020 Escape is also available with 1.5-liter and 2.0-liter turbocharged four-cylinder motors.)

The Ford and Toyota are roughly the same size on the outside and the Escape is roomier than the 2019 model, but it still feels snugger than the cavernous Rav4. However, a sliding rear seat allows Escape owners to dole out the space between passengers and cargo as they best see fit.

The hybrid Escape is appropriately techy, with a full digital instrument cluster, automatic emergency braking, and available adaptive cruise control. Oddly, there are only three USB ports, one of them a USB C, which seems a little short considering you can connect up to 10 devices to the Escape’s built-in Wi-Fi hotspot.

Its optional self-steering lane-centering assist system does a very good job of keeping the Escape in the center of the lines but feels a little twitchy through the steering wheel as it does. Loaded up with all of that, plus a panoramic sunroof and head-up display, the top of the line Titanium trim level I tested goes for $37,740.

It’s not what you’d call luxurious, but it’s quiet. The ride quality is spot-on comfortable and the powertrain is smooth for a hybrid as it switches back and forth between motors. According to the efficiency display, it often spends more than a third of its time in all-electric mode and recaptures plenty of energy under braking as one of the electric motors turns into a generator as it helps slow the vehicle. I couldn’t swing that 40 mpg mark in the real world, but getting into the high thirties is easy and switching it into Sport mode adds a noticeable kick.

The hybrid Escape may not do anything better than the Rav4, but the Toyota’s chunky styling can be polarizing, and the Ford’s smooth lines offer a stark contrast that sets the two about as far apart as compact SUVs can get these days. It’s also available in a choice of 10 colors, and even though yellow isn’t one of them, you can probably expect to see a lot of them in that hue at the taxi stand soon.