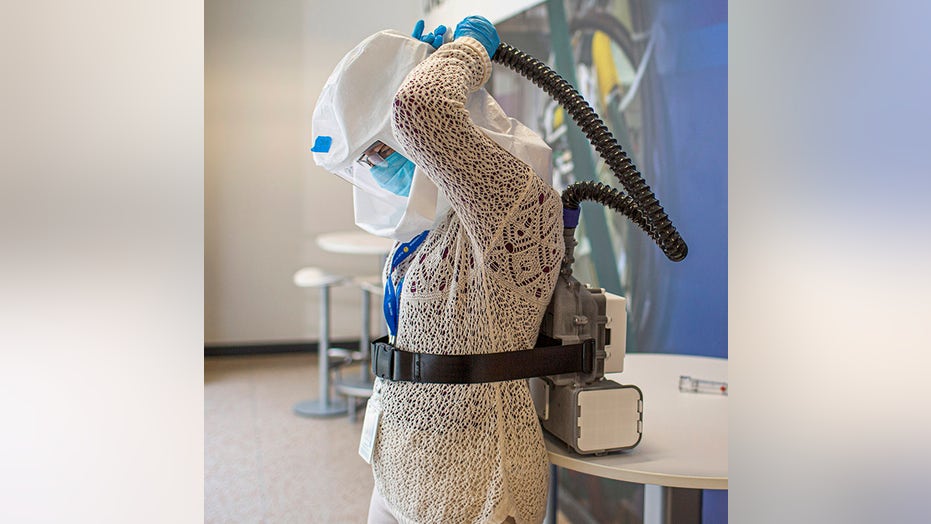 Ford will begin production of a powered air-purifying respirator (PAPR) it designed in collaboration with 3M at a facility in Flat Rock, Mich., on Tuesday.

The device is aimed at health care professionals, and is comprised of a protective hood that has filtered air pumped into it using a blower similar to the one found in the F-150 pickup’s climate-controlled seats.

Equipped with a 3M filter and rechargeable battery pack, the companies said the device can be used for up to eight hours at a time.

Ford announced the project three weeks ago and government approval for the device is still pending.

A team of 90 paid-volunteer UAW members will assemble the units at Ford’s Vreeland Road Quality Center, which was not previously used for manufacturing. Ford said it will have the capability to build 100,000 or more, but did not offer a firm time frame for that amount. An exact cost per unit has not yet been determined, and the companies have not offered an estimate.

Along with the respirators, Ford is also teaming up with GE to produce ventilators at the automaker’s Rawsonville Components Plant in Ypsilanti, Mich., starting next week and is working on other protective equipment.

Ford said that any profits made through the program would be donated to charity.