An all-new Ford Bronco is on the way next year, the automaker has confirmed as much. But it hasn’t confirmed much else, including what’s going to be under the rebooted SUVs hood.

Ford has said that there will be a hybrid version, but the specs for it and whatever the standard engine will be have not been revealed … until now. Apparently.

The folks at off-road.com were poking around on the website for Canadian Tire, a multi-segment retailer north of the border that sells car parts. In the search section, listed under 2021 model year vehicles, they came across an entry for the Bronco that detailed its engine type and size.

According to the dropdown menu, it is a 2.3-liter inline-4-cylinder, which is exactly the same kind of motor the new Ford Ranger uses in turbocharged form. That’s no surprise, because the Bronco will be based on the Ranger’s platform and built alongside it at Ford’s Michigan Assembly Plant. Neither Canadian Tire or Ford has yet commented on the discovery, so whether or not it was a speculative inclusion on inside information that slipped is unknown.

(The only official image released by Ford shows a boxy vehicle draped in a cloth.)

The first generation Bronco came with a variety of straight-6 and V8 engines that maxed out with a 205 hp version of the 302 cubic-inch V8, while the new Ranger’s engine is rated at 270 hp and comes connected to a 10-speed automatic transmission. 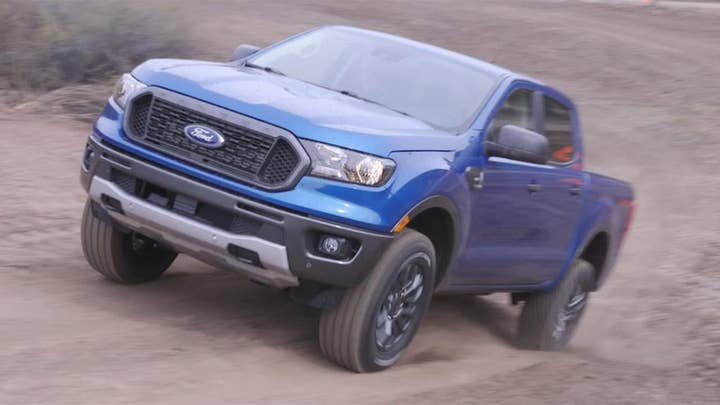 Ford has hinted that the Bronco will feature boxy bodywork that hearkens back to the original's, but so far the only sightings have been a suspected prototype wearing a disguise that includes modified Ranger bodywork.

The 2021 Ford Bronco is expected to make its official debut in late 2020 or early next year with a rugged Bronco-inspired crossover.

BIZARRE FORD F-150 SPOTTED. COULD IT BE A NEW BRONCO?