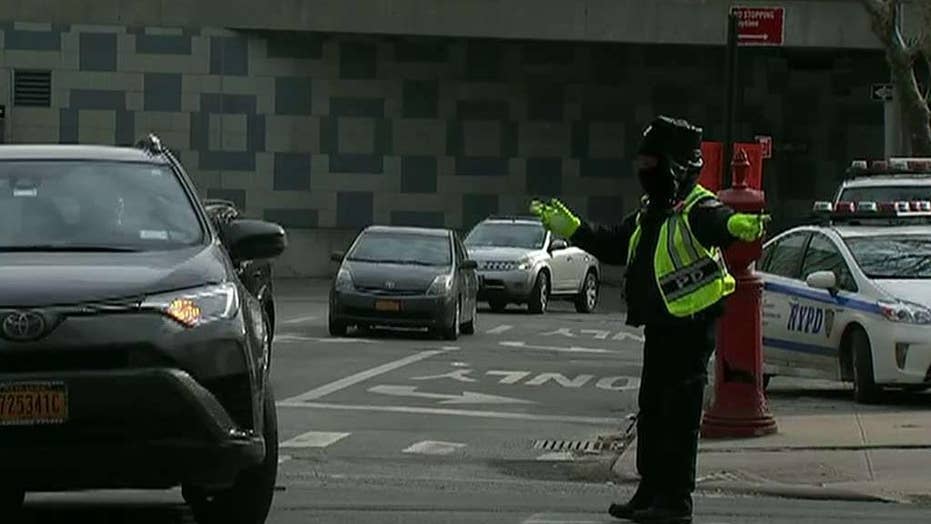 Billy Idol wants to make some “Mony Mony” by ratting out your neighbors for being idle. Get it? Of course, you do.

The platinum-haired pop star has teamed up with New York Mayor Bill DeBlasio for a new campaign against illegal automobile idling in the city, the mayor's office announced Thursday.

New York City rules prohibit stationary vehicles, including buses, from idling for more than three minutes, and just one outside of a public or private school. Emergency vehicles and others that need power to operate a loading device, like some delivery trucks, are exempt.

In 2018, the city instituted a bounty program that lets citizens report scofflaws and get paid 25 percent of the fines that are collected, which start at $350 and run up to $2,000 for repeat offenders. By August of that year, one man earned nearly $5,000 from the program, the New York Post reported.

Idol, who became a U.S. citizen in 2018 and primarily lives in Los Angeles, will feature in advertisements promoting the law, which is ostensibly part of a broader effort by the city to improve air quality, which includes a proposed congestion toll for entering parts of Manhattan.