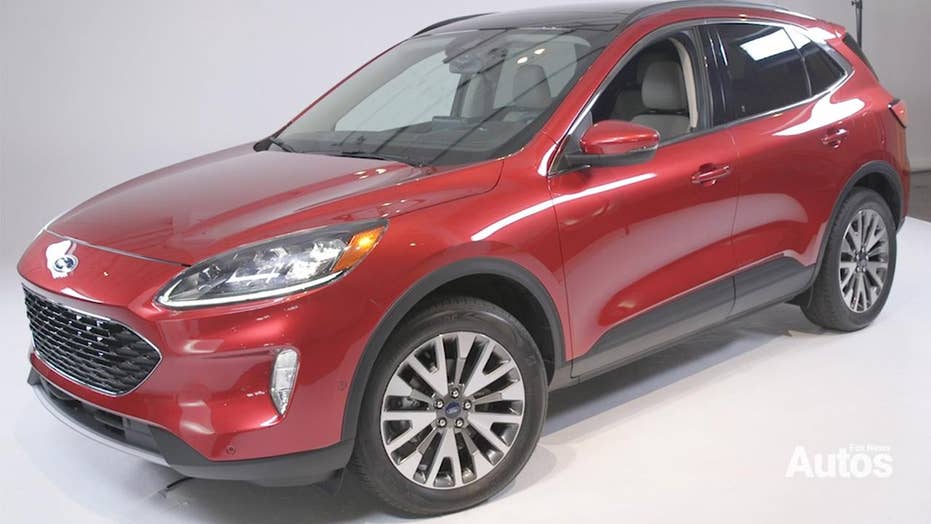 Ford's best-selling SUV is getting a makeover for 2020, with new styling, more passenger space, the latest tech and four powertrain options that include a plug-in hybrid that can go over 30 miles on just electricity.

If Ford didn’t make full-size trucks, its biggest-seller would be a small SUV.

The Ford Escape is brand’s most popular 'not a pickup' and one of America’s top-selling models, despite being one of the oldest and smallest vehicles in its class. That’s about to change with the all-new 2020 Escape, which goes on sale this fall.

The fully redesigned Escape has a roomier passenger cabin that the current edition and a sliding second-row seat that can provide the most legroom in the segment, or be shifted forward to increase cargo space. A new-look dashboard features a tablet-style infotainment system augmented with analog knobs for volume, tuning and climate control, plus an available digital instrument cluster and a head-up display projected onto a pop-up screen in front of the steering wheel.

Several powertrains will be offered including 180 hp 1.5-liter 3-cylinder and 250-hp 2.0-liter 4-cylinder turbocharged engines with 8-speed automatic transmissions, and a 198 hp hybrid that combines a 2.5-liter four-cylinder with an electric motor and CVT transmission. Next spring Ford will add a plug-in hybrid to the lineup with over 30 miles of all-electric range.

The plug-in will only come in a front-wheel-drive version because the packaging of the battery pack beneath the rear seats doesn’t allow for a driveshaft, but the other powertrains will be available with all-wheel-drive and tow ratings up to 2,000 pounds. The hybrid without a plug will be standard on the top of the line Titanium trim and the only powertrain available on the SE Sport, highlighting its “no-compromise” blend of power and performance, according to Ford SUV marketing manager Craig Patterson.

The Escape will also come standard with Ford’s new Co-pilot360 suite of electronic driver aids, which incorporates automatic emergency brakes and lane-keeping assist. A self-parking system can be added that’s bundled with an evasive steering system that scans the road ahead and uses gentle tugs at the steering wheel to help guide a driver around obstacles during an emergency maneuver.

Ford sold over 270,000 Escapes in 2018 and has moved more than 300,000 in prior years, but Patterson doesn’t expect it will build too many more of the new model, despite Ford’s elimination of several sedans and hatchbacks from its lineup. That’s because it's not the only compact SUV it has in the works.

The Escape will be joined by a more ruggedly-designed, off-road capable model built on the same platform late next year that’s nicknamed the “baby Bronco” and expected to appeal to an expanded customer base.

Fuel economy and pricing for the 2020 Escape will be revealed closer to its on-sale date, but the current version starts at $25,200.