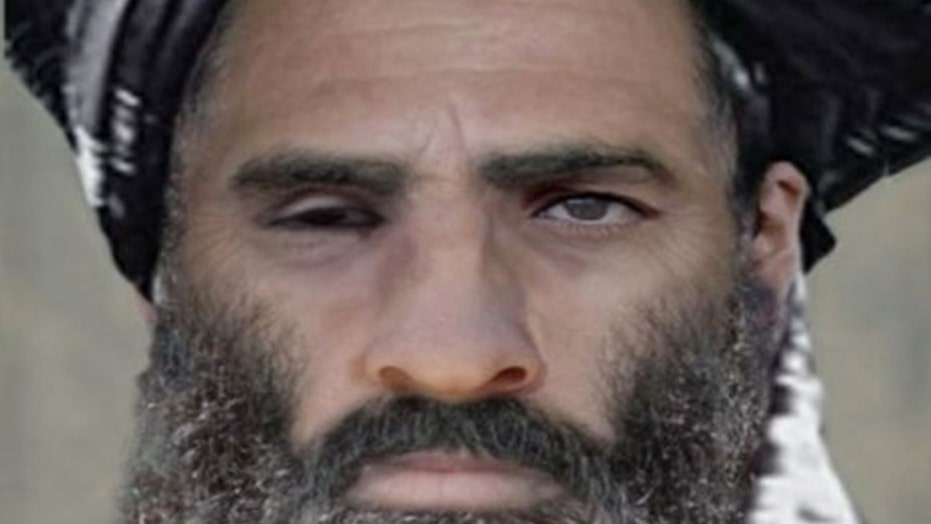 KABUL, Afghanistan – The new leader of the Afghan Taliban vowed to continue his group's bloody, nearly 14-year insurgency in an audio message released Saturday, urging his fighters to remain unified after the death of their longtime leader.

The audio message purportedly from Mullah Akhtar Mohammad Mansoor also included comments about the Taliban's nascent peace talks with the Afghan government, though it wasn't immediately clear whether he supported them or not.

Mansoor took over the Taliban after the group on Thursday confirmed that former leader Mullah Mohammad Omar had died and said they elected Mansoor as his successor. The Afghan government announced Wednesday that the reclusive mullah had been dead since April 2013; the Taliban has remained vague on exactly when Mullah Omar died.

"We should keep our unity, we must be united, our enemy will be happy in our separation," Mansoor purportedly said in the message. "This is a big responsibility for us. This is not the work of one, two or three people. This is all our responsibility to carry on jihad until we establish the Islamic state."

'This is not the work of one, two or three people. This is all our responsibility to carry on jihad until we establish the Islamic state'

Taliban spokesman Zabiullah Mujahid sent the audio to journalists and others Saturday. The Associated Press could not independently verify the identity of the man speaking in the roughly 30-minute audio clip, though Mujahid is in charge of all communications for the group.

Mullah Omar was the one-eyed, secretive head of the Taliban, who hosted Osama Bin Laden's al-Qaida in the years leading up to the Sept. 11, 2001, attacks. He had not been seen in public since fleeing over the border into Pakistan after the 2001 U.S.-led invasion that ousted the Taliban from power.

The new leader of the Taliban is seen as close to Pakistan, which is believed to have sheltered and supported the insurgents through the war. He is believed to support the peace process initiated by Afghan President Ashraf Ghani and which Pakistan has taken the lead on sponsoring.

The future of the peace talks -- postponed indefinitely by Pakistan after the Taliban pulled out of a second round scheduled for Friday -- is now in the balance as the Taliban leadership appears to be fracturing amid disagreement over who should inherit Mullah Omar's mantle.

The new Taliban leader's call for unity comes a day after one of Mullah Omar's sons, Yacoob, said he opposed Mansoor's election, which was held in the Pakistani city of Quetta. He said the vote took place among a small clique of Mansoor's supporters and demanded a re-election that includes all Taliban commanders, including those fighting in Afghanistan.

Mansoor has effectively been commanding the Taliban as Mullah Omar's deputy for the last three years, and has called on loyal commanders to intensify the war against the Afghan government in recent months. Local security forces increasingly find themselves under attack as NATO and U.S. troops ended their combat mission in the country at the end of last year.

The audio message was clearly aimed at calming dissident, as the split seemed to cleave those who support talks to end the war from hardliners who oppose negotiations with the Afghan government. The man purported to be Mansoor calls for patience, asks the Taliban rank and file to ignore media reports about the peace process and rely on the leadership to make decisions. His words seemed carefully chosen to avoid either supporting or rejecting peace talks.

"We have to continue our jihad, we shouldn't be suspicious of each other. We should accept each other. Whatever happens must comply with Sharia law, whether that be jihad, or talks, or an invitation to either. Our decisions all must be based on Sharia law," he said.

He said the aim of the movement remained the establishment of an Islamic state in Afghanistan. "The jihad will continue until we establish the Islamic government in our country," he said.

While the insurgents have spread their footprint across the northern provinces, the traditional battlegrounds of the south and east bordering Pakistan remain vulnerable to large-scale Taliban attacks that seem designed to destroy the morale of the Afghan forces as insurgents continue to overrun districts, if only temporarily.

Officials said on Saturday that Taliban gunmen had surrounded a police station in southern Uruzgan province and were holding 70 police officers hostage. The head of the police in Khas Uruzgan district said that five police officers had been killed and four wounded in fighting so far.

"If we don't get support then all 70 police will be either dead or captured," he said.

In a separate statement on Saturday, the Taliban reacted to media reports quoting unnamed sources that the leader of the Haqqani Network, Jalaluddin Haqqani, had died in eastern Afghanistan a year ago.

"These claims have no basis," the statement said. It said the leader of one of the most brutal insurgent groups, based in Pakistan's tribal belt with links to al-Qaeda, "has been blessed with good health for a long time now and has no troubles currently."

Like Mullah Omar, Haqqani has been reported dead on a number of occasions, but the reports have not been independently verified.

Jalaluddin's son Sirajuddin was elected as the Taliban's deputy to Mansoor -- a move possibly aimed at ensuring a cash flow from the Haqqanis' wealthy backers and appeasing hardliners, luring back Taliban fighters who had defected to rival organizations such as the Islamic State group.