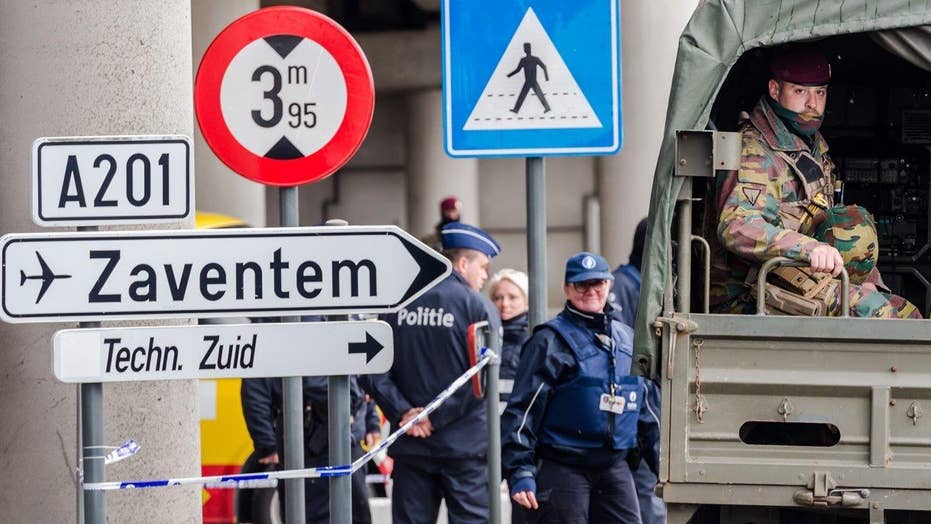 A laptop belonging to one of the terrorists who struck in Belgium last week contained images of the prime minister's home and office, along with at least one floor plan, a government official said Wednesday, revealing a possible clue into the attackers' potential targets.

"It is alarming that they were apparently scouting the terrain" around the lush Royal Park near the office and home, the unnamed official told The Associated Press. The laptop turned up inside a trash can after investigators raided a street in Schaerbeek, the Brussels neighborhood known as a hub for the attackers, the New York Times adds.

Security around Prime Minister Charles Michel has increased since the Nov. 13 attacks in Paris and in Brussels last week. Michel also has had several unspecified death threats over the past years, the official said. Still, the official told the AP that at the moment there were "absolutely no" specific indications that Michel was under threat from the attackers.

The laptop first gained notoriety because it contained a sort of will of suicide bomber Ibrahim El Bakraoui, in which he spoke of being "in a haste" and "no longer know what to do."

The computer was also "full of stuff" on many locations around Brussels in information garnered from the Internet, said an official linked to the investigation.

In propaganda material distributed Tuesday, the Islamic State terror group described the Brussels attacks as part of "a war against all their tyrants and pagans; a war against secularism." The material showed a cropped still of surveillance footage showing the two airport bombers. The attacker who escaped with his life, wearing a dark hat, was cropped out.

"Its most important results are that it showed the fragility of the security systems of the European states that claim they are the strongest in the world, and this was through the type of operation, its timing, its place, and the circumstances surrounding it, and the nature of those who executed it," the material said, according to a translation Wednesday by the SITE Intelligence Group.

In all, 32 people died in the attacks on Brussels international airport and the Maelbeek subway station and 87 remained in hospital. Three attackers were killed when their bombs exploded and police are looking for at least one more suspect.