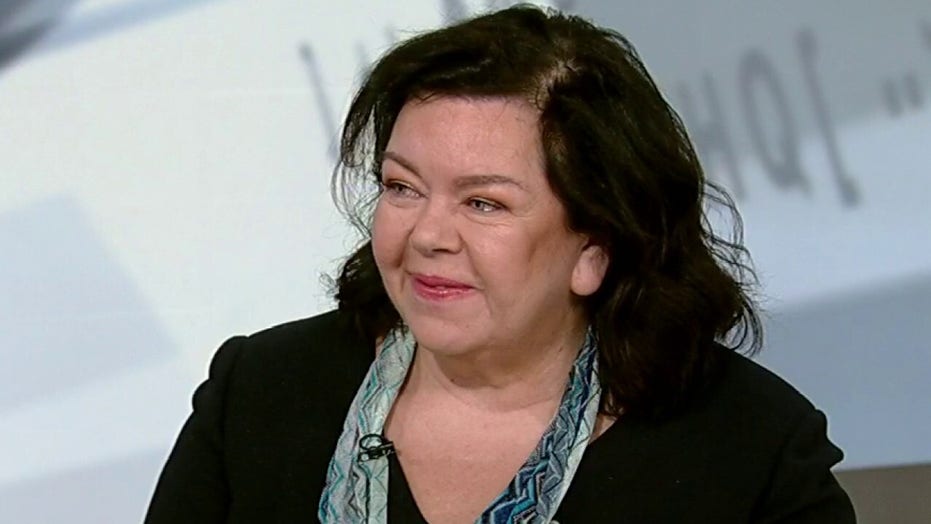 Eric Shawn: The New British Ambassador to the US, Karen Pierce

Guiding ‘the special relationship’ and shared challenges for Britain and the U.S.

The United Kingdom has named its first-ever female ambassador to the U.S.

Dame Karen Pierce is taking over the position after her predecessor resigned last year following the leak of documents that quoted him calling the Trump administration "diplomatically clumsy and inept."

Pierce, who currently is the UK's permanent representative to the United Nations, has held posts around the world, including in Japan and Switzerland, having also served as the British ambassador to Afghanistan.

Pierce had reportedly caught the attention of President Trump for her appearances on U.S. television, so much so that when she was being introduced to the president by UK Prime Minister Boris Johnson at a meeting at last year’s UN General Assembly in New York, the president told Johnson that his ambassador was a great asset for the UK.

Pierce will arrive in Washington at a pivotal time for the special relationship following the implementation of Brexit and will be faced with one immediate challenge and that is the UK’s decision to allow China’s Huawei to build part of the new 5G network, which was seen as a big setback to the U.S.

Nile Gardiner, director of the Margaret Thatcher Center for Freedom at the Heritage Foundation in D.C., warned of the problems of the Huawei deal.

“An immediate challenge for the new British ambassador will be the Huawei issue, which has become a public diplomacy disaster for the UK government. There is overwhelming U.S. opposition to the Huawei decision and rightly so, and it will dominate the in-tray of Ambassador Pierce from day one," he said.

Gardiner told Fox News that Ambassador Pierce must play a key role in advancing Brexit and the US-UK free trade deal, “This is a crucial time for the special relationship and ambassador is at the heart of that relationship and will be pivotal to its success.”

Gardiner, who advised former British Prime Minister Margaret Thatcher, said Pierce played an important role in confronting Russian aggression at the UN and, “will be an important ally for the United States on several fronts.”

Pierce’s sparring with her Russian counterpart at the UN has often been over Russia’s continued defense of the Syrian regime’s crimes against its own people, including the use of chemical weapons in Syria and in the UK. The debate has often involved a battle of literary wits, with the Russian ambassador quoting British classics and Pierce responding with her own literary zingers.

UK AMBASSADOR TO UN ECHOES TRUMP'S WARNING TO IRAN: 'EVERYONE IS WATCHING'

In a debate on Syria in 2018, she said, “Turning to the risk of the use of chemical weapons over Idlib, and taking account of what the Russian representative said: ‘Agatha Christie is a fiction writer.’ What's fact … is that the Syrian authorities have been found to have used chemical weapons against their own people.”

Pierce has gained respect during her time at the UN by journalists and diplomats alike. She was known to be friendly with former US UN ambassador Nikki Haley.

Benny Avni, a UN-based columnist on world affairs, first encountered Pierce during her time as deputy UK ambassador in 2005.

“Karen Pierce is a skilled diplomat, but also has a knack for politics and communication. At Turtle Bay, where many still dream the UN will counterbalance American power — and even more so at the age of Trump — she helped maintain Britain’s position as the US’s closest ally. Good for Britain, good for America and in a way good for the UN, too,” he said.

Pierce recently was recently honored for her long-term service for her contribution to British foreign policy by being made a Dame Commander of St. Michael and St. George. The honor was given to her by the Queen’s daughter Princess Anne.

Also known for her style that sometimes include colorful boas, Pierce told Pass Blue, a publication that specializes in UN issues, that her favorite pair of shoes were a pair of navy and blue silk Pradas, which she told the publication were the, “most beautiful shoes in the history of the world.”

In that same interview, she was asked whether there was an icon who influenced her style. Her response was punk rock star Debbie Harry of Blondie.

In a statement released by Britain’s foreign office, Pierce said, “I am honored to have been asked to represent the UK in the US. I think it is the UK’s single most important relationship. There is a deep bond between Britain and the US, built on many pillars.”

Johnson praised Pierce saying she is an "outstanding and accomplished diplomat."

"I can think of no better person to drive forward our hugely important relation with the United States at this time," he said in a statement.

Trump was outraged and responded by firing off a series of less than flattering tweets.

“The wacky Ambassador that the U.K. foisted upon the United States is not someone we are thrilled with, a very stupid guy,” Trump wrote in one tweet.

Pierce is expected to take up her new position in the coming weeks.