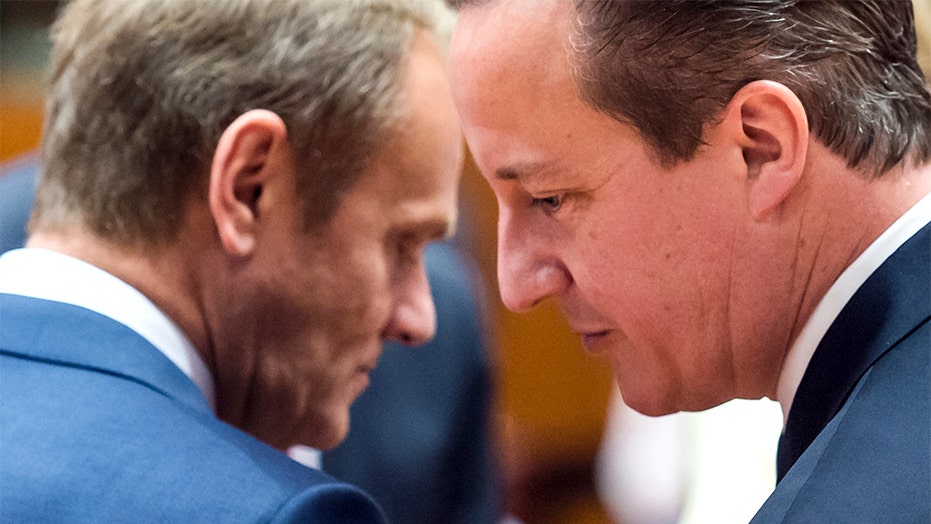 A member of the British police unit tasked with protecting former Prime Minister David Cameron is being disciplined after reportedly leaving his gun in the bathroom on a transatlantic flight earlier this week.

The weapon, believed to be a 9mm Glock pistol, was found near the toilet by a passenger on a British Airways flight set to depart New York for London – and delayed take-off by about an hour, according to The Daily Mail. The newspaper added that the gun was removed from the plane.

“We are aware of the incident on a flight into the U.K. on February 3 and the officer involved has since been removed from operational duties,” the Metropolitan Police said in a statement. "We are taking this matter extremely seriously and an internal investigation is taking place."

Passports belonging to Cameron and the officer also were found next to the weapon, The Sun reported.

Cameron, who was prime minister for six years, resigned in 2016 after the U.K. voted in favor of Brexit.

Monday’s incident though isn’t the first time a British bodyguard has been accused of leaving behind a weapon.

In 2008, an officer belonging to former Prime Minister Tony Blair’s security detail left a loaded pistol inside a Starbucks bathroom in London, according to The Sun.

That officer reportedly was removed from operational duties after a barista spotted the firearm.

“She knows she has messed up bad,” a senior police source told the newspaper at the time.