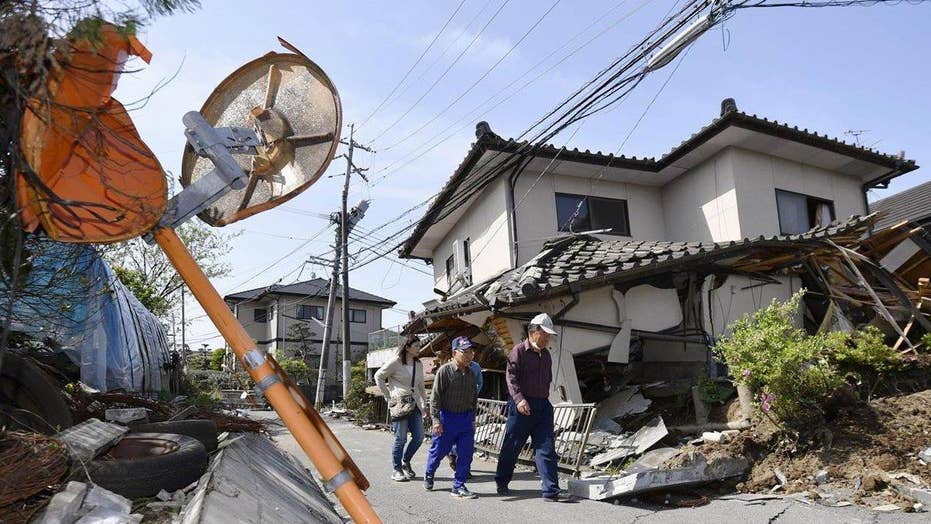 No immediate reports of damage or injury

The Japan Meteorological Agency said Tuesday that the magnitude 7.4 earthquake that struck the northeastern part of the country and triggered moderate tsunamis was an aftershock of the devastating 2011 quake.

The agency warned that another earthquake could hit in the next few days and residents were urged to remain cautious for the next week.

"Aftershocks could continue not only for five years but as long as 100 years," Yasuhiro Umeda, a Kyoto University seismologist, said on a talk show on Japanese broadcaster NTV.

The meteorological agency said the bigger the earthquake, the longer the aftershocks last, though it didn't say how long.

Tuesday’s quake injured 12 people and fueled concerns about the Fukushima nuclear power plant destroyed by a larger tsunami five years ago. A tsunami warning was lifted later in the day.

The earthquake struck in the same region that was devastated by a tsunami that followed a much larger magnitude 9.0 quake in 2011, killing about 18,000 people. The U.S. Geological Survey measured Tuesday’s quake at 6.9.

The operator of the Fukushima Dai-ichi plant said there were no abnormalities observed at the plant, though a swelling of the tide of up to 3 feet was detected offshore.

In some areas, water could be seen rushing up rivers, which funnel tsunamis to a greater height, but it remained well within flood embankments. It was eerily reminiscent of the 2011 disaster, when much larger tsunamis rushed up rivers and overflowed, wiping away entire neighborhoods.

The first tsunami waves hit about one hour after the earthquake. The highest one, 4.6 feet in height, reached Sendai Bay about two hours after the quake.

For many, the early morning jolt brought back memories of the 2011 earthquake and tsunami.

"I remembered 3/11," Kazuhiro Onuki said by phone, referring to the March 11 date of the 2011 disaster. "It really came back. And it was so awful. The sways to the side were huge. But nothing fell from shelves."

The 68-year-old former librarian is from Tomioka, a town that became a no-go zone because of radiation contamination. He was staying at what he calls one of his temporary homes on Tuesday.

"I felt again that we should not have nuclear power," he said.