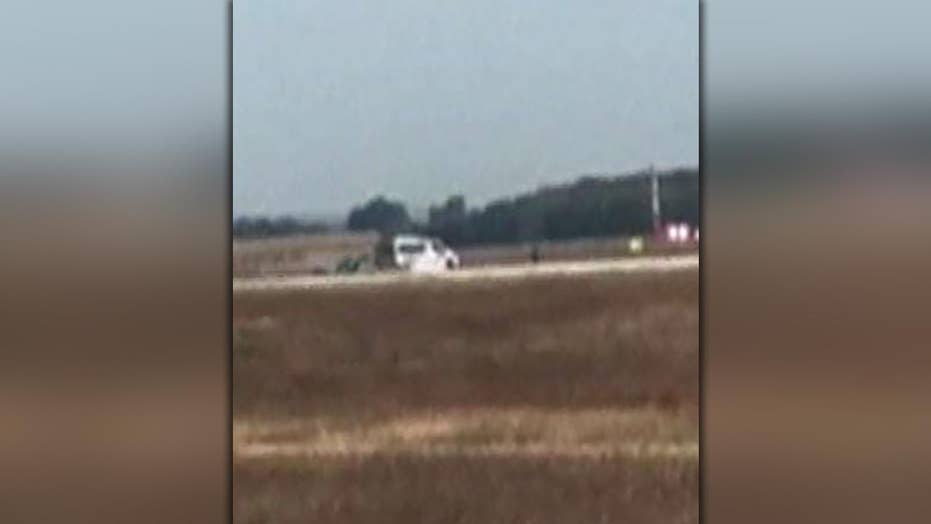 Flights grounded after a driver rammed through the terminal's glass doors and drove onto the tarmac in Lyon, France.

Flights were halted and a man was arrested Monday after speeding onto an airport runway in Lyon, France, officials said.

The man drove the wrong way down a highway and crashed into a barrier at the small airport, officials said. The car then rammed through two glass doors at Saint Expuery’s Terminal 1 to drive onto the tarmac.

Video footage captured by a witness showed the driver barreling through the airport before his vehicle went off road, kicking up dirt and debris.

As police closed in, the man then jumped out of the car and ran away on foot. Multiple officers and emergency response vehicles pursued him until he was caught.

Local government press officer Christelle Monteagudo told the Associated Press that officials have not yet determined the motive for the incident and are ruling nothing out at this point.

Another official with direct knowledge of the investigation told the Associated Press that there was no immediate evidence pointing to a terrorist motive. The official spoke on condition of anonymity because they weren't authorized to publicly discuss the probe.

The man, aged 31 and believed to be French, was previously known to police only for traffic violations, in 2007 and 2009, the official said. The vehicle he used as a battering ram was stolen, the official added.

There were no reports of injuries, according to The Local.