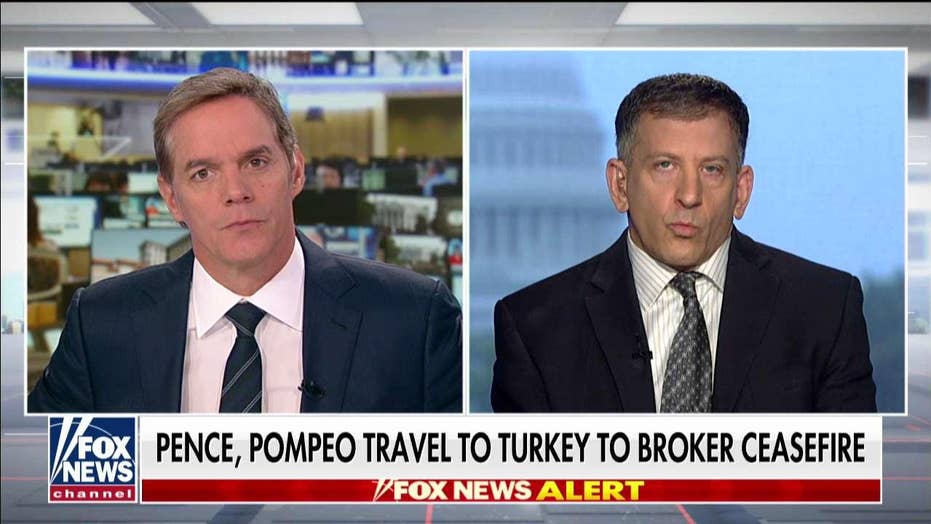 Appearing on "America's Newsroom" with host Bill Hemmer, Hoffman said that while Turkey may be willing to meet Vice President Mike Pence's delegation to discuss the devastating conflict between Turkey and the Kurds at the Syrian border, Pence has a "great challenge" ahead. He noted that Erdogan seems willing to withstand "punitive" sanctions and economic harm.

"I'm just not that sanguine that Turkey is going to move in a direction that we would like," said Hoffman. "Turkey has already invaded, and a lot of damage has already been done."

JAMES CARAFANON: US MUST PREVENT RISE OF NEW ISIS CALIPHATE IN SYRIA FOLLOWING OUR TROOP WITHDRAWAL

Erdogan said his country’s ongoing military offensive against the Syrian Kurds could end “as of tonight” if their fighters leave a designated border area. 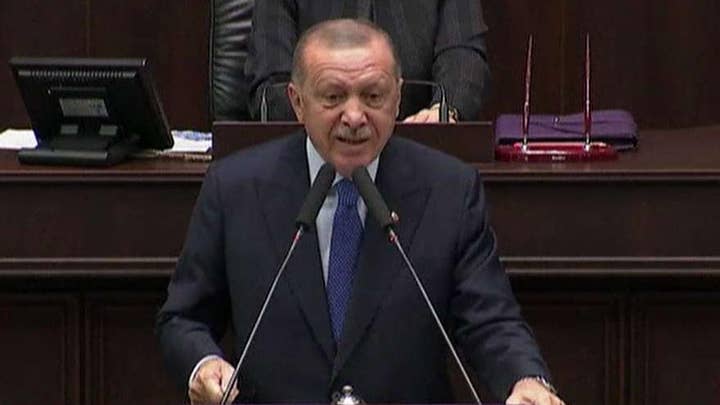 However, in a separate speech to Parliament Wednesday, Erdogan made clear Turkey would not bow to pressure to reach a ceasefire deal and would press ahead with the military operation until Turkish troops reach a depth of around 19 to 22 miles inside Syria.

All of this comes as the battle for territory rages on and Russian military units have been sent to patrol near the Syria-Turkey border. 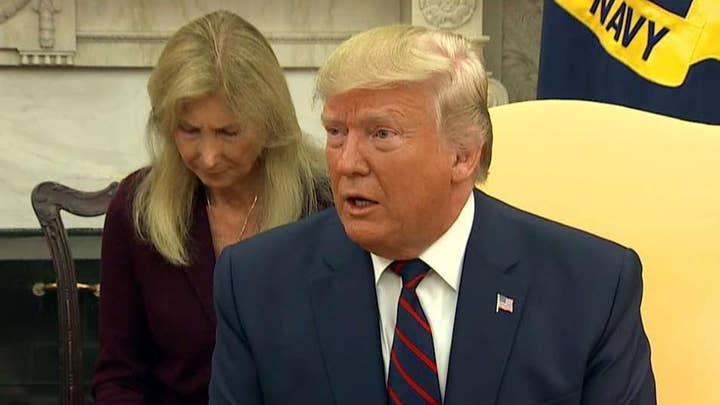 Speaking to reporters alongside the Italian President Sergio Mattarella, President Trump once again defended his decision to withdraw from the region. A decision that effectively abandoned the Kurdish fighters, long allied with the U.S., and cleared the way for Turkey's invasion.

He said that the conflict between Turkey and the Kurds in Syria "has nothing to do with us," and that American soldiers he had ordered to pull back, and who had been fighting with Kurdish forces near the Turkish border with Syria, were not in harm's way.

"And the Kurds are much safer right now," the president added. "The Kurds know how to fight, and, as I said, they're not angels."

Hoffman said there is a "problem" with Trump's idea of how U.S. forces should be used in the region.

"The problem is that, while those countries compete over that territory, the fight against ISIS will probably suffer," Hoffman commented. "And, I think the concern is that we won't be able to take the fight to those terrorists as well as we otherwise would have." 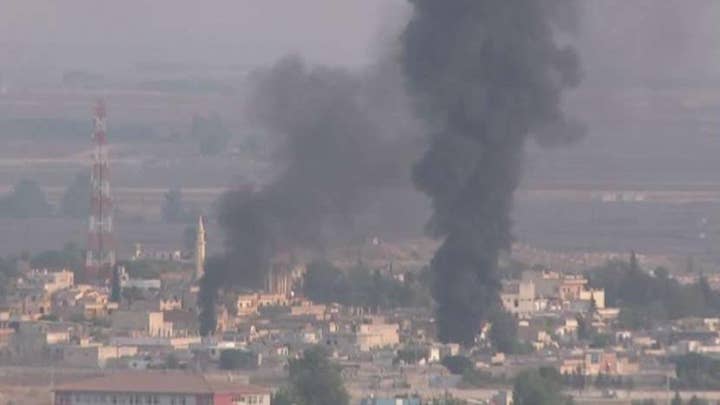 "What I would say is that there's a distinction between endless wars and an ongoing presence," he said. "We need some troops, some intelligence, on the ground to gather intelligence on where the terrorists are so can eliminate those threats before they're visited on our shores."

"And, the concern is that ISIS will melt into its roots -- into an insurgency. There are 10,000, roughly, ISIS prisoners -- 2,000 of whom are foreign-born. And then, there [are] another 15-18,000 ISIS terrorists in the region. And, we need to be concerned about that and outsourcing it to those nations...is fraught with difficulty," Hoffman concluded.