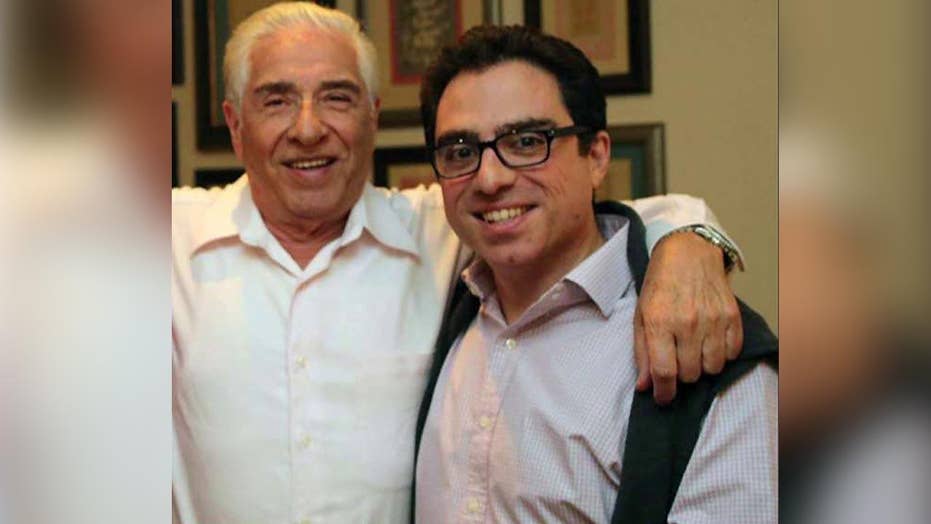 TEHRAN, Iran – A U.S. citizen whose son has been detained in Iran for the past four months was also taken into custody after returning to the country this week, his lawyer confirmed Thursday in what is the first such action against an American national in Iran since last month's prisoner swap between the two countries.

The Iranian lawyer, Mahmoud Alizadeh Tabatabei, told The Associated Press that he has not been able to make contact with his client, Baquer Namazi, despite his efforts and was told by authorities that he would "be informed later" about the case.

The ailing, 80-year-old Namazi is being held in Tehran's Evin prison, he added. Tabatabei said he believes it is unlikely Namazi, who was detained on Monday, will face "political charges" but that he is probably held "for some investigation only."

"It is unlikely that he will be charged," the lawyer said, without elaborating.

Both Baquer Namazi and his son Siamak Namazi, who is believed to be detained since October in Iran, are dual U.S.-Iranian citizens. However, Iranian authorities do not recognize dual nationality and treat such citizens as exclusively Iranian. Tabatabei said he was asked to represent both Namazis by Effie Namazi, Baquer's wife. He has not made contact with the son either, he also said and only learned from Effie Namazi that her son faces accusations of "cooperation with the hostile government of the United States."

The son's case is still in the "preliminary investigation" phase, the lawyer said. He added that he intends to argue that since Iran is not at war with any country, there is no "hostile" nation toward Iran.

Earlier this week, Siamak broke a "several days-long hunger strike" after his mother was able to reach him by phone and persuaded him to give up the fasting, Tabatabei said.

The Namazi family and friends first reported the news of Baquer's arrest on Wednesday.

"I must share the shocking and sad news that Baquer was arrested," Effie Namazi wrote in a Facebook post. "Now both my innocent son Siamak and my Baquer are in prison for no reason. This is a nightmare I can't describe."

Effie said he husband suffers from "serious heart and other conditions" that require medication.

Appearing at a Senate panel hearing Wednesday, U.S. Secretary of State John Kerry said he was engaged on the matter but couldn't comment because of privacy considerations.

According to Haleh Esfandiari, a friend of the family and a Mideast expert at the Wilson Center, Baquer Namazi worked for the United Nations and at one point as a World Bank consultant, while also being a civil society activist. She described him as a "not at all political" person who consistently spoke out against U.S.-led economic sanctions against the Islamic Republic.

The family lived outside New York for a period after the Islamic Revolution that toppled the U.S.-backed shah in 1979, though later returned to Iran, she said.

According to a Daily Beast article last year, the family has played a key role in trying to bridge ties between the long-time foes. It said Baquer Namazi was a governor of the oil-rich province of Khuzestan under the shah who was allowed to emigrate to the U.S. in 1983.

Siamak Namazi, believed to have been arrested in October, was not included in January's prisoner exchange that saw five American freed from Iranian prison and U.S. sentences, charges or warrants dropped against 21 Iranians.

Those allowed to leave Iran included Washington Post journalist Jason Rezaian. Iran denies having any knowledge of the whereabouts of Robert Levinson, a former FBI investigator who disappeared in the country in 2007.

The younger Namazi had been specifically criticized in hard-line commentary ahead of his arrest as Iranian conservatives warned against easing hostilities with the U.S.

He also had written several articles about international sanctions on Iran. In a 2013 opinion piece published by The International Herald Tribune, he described shortages of medical supplies and urged the West to "relax and rationalize" the restrictions so such goods could reach Iran.

Nations removed many oil, trade and financial sanctions on Tehran after last month's U.N. confirmation that Iran had rolled back its nuclear program in accordance with last year's seven-nation agreement.